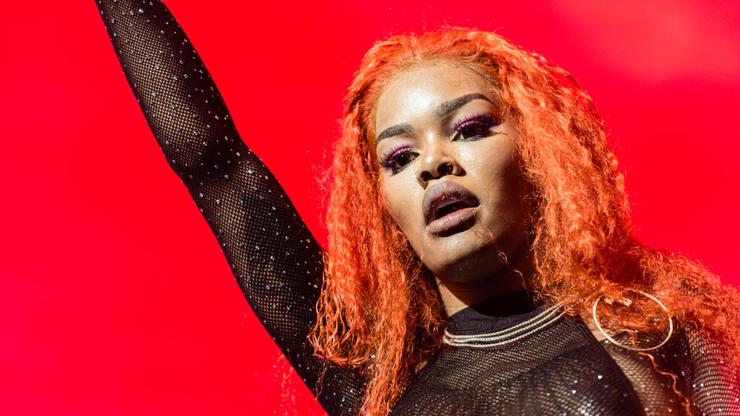 Teyana penned a sweet message for Janet Jackson after the icon surprised her on tour.

Since the beginning of her career, Teyana Taylor has openly sited Janet Jackson as her biggest inspiration as an artist. The Harlem songstress paid  homage to the pop queen at the 2017 MTV Video Music Awards, rocking an outfit that resembled the one Jackson wore at the 1995 MTV VMAs. Janet has seemingly taken Teyana under her wings a little sister of sorts.

Back in 2020, the “All For You” star offered the mom of two some words of encouragement after she announced that she’ll be retiring from music. “Teyana, you have an undeniable gift from God,” Jackson wrote. “Don’t ever let that go. You bring something so special to the industry and you continue to have such an impact on this world. Never forget, a talent like yours is unstoppable. I luv you and know that I’m here for you always.”

Their bond has continued to grow stronger throughout the years, as Teyana continued touring for The Last Rose Petal 2…Farewell Tour. On Tuesday, Miss Jackson surprised the singer in London during the UK leg of the tour, blessing her with kind words and timeless backstage moments. Teyana shared the special moment with her 15.3 million Instagram followers, writing, “London had me in shambles & crying like a full blown baby! The love, the energy, the raw emotions, the vibes, THEE ICON JANET JACKSON!”

Teyana continued on with a special message to the legend, sharing, “Thank you for loving on me to the fullest, thank you for rocking with me! Thank you for making one my last bows one of the most magical & a night I will never forget. I love you so much..always, forever. Def one of the greatest surprises of my life. Thank you for ur loving words always. No matter how close our bond continues to grow, I will always still be one of ya biggest fans! Thank you for always being so genuine & being an inspiration to us all! You are the reason I give 134667643% when I hit that stage. You are the blueprint. I love you Queen.”

Tickets for The Last Rose Petal 2… Farewell Tour are available at Teyanataylortour.com.