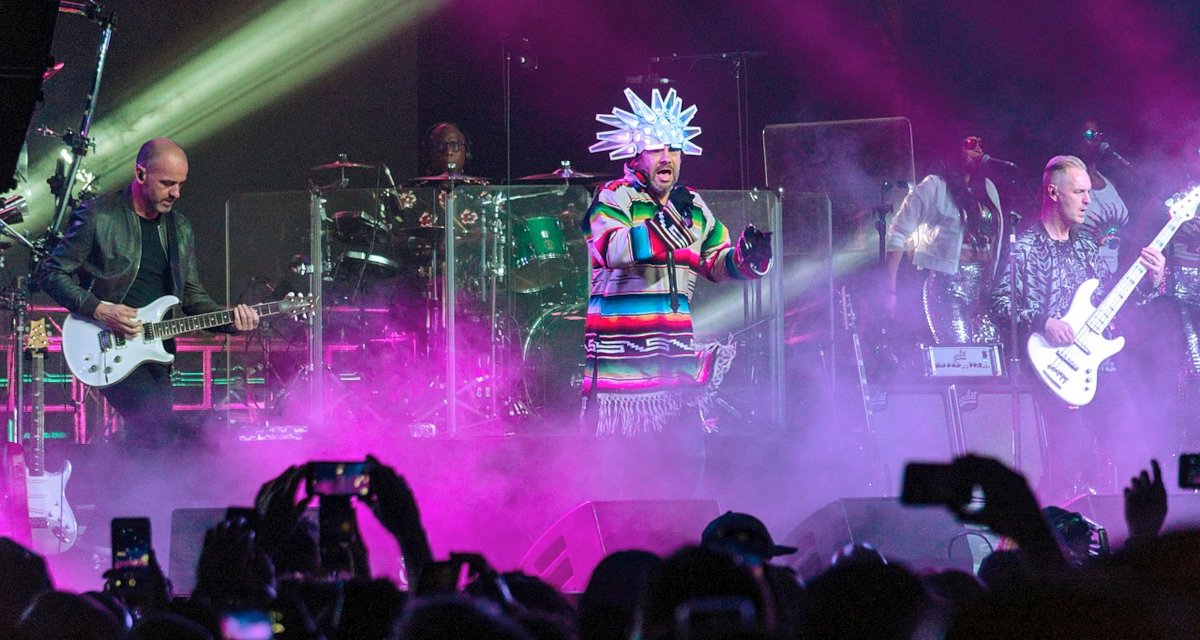 In January, Warner Music Group (WMG) partnered with The Sandbox, a blockchain-powered metaverse platform. Now, the interactive virtual world is set to feature jazz-funk mainstay Jamiroquai as part of a broader deal with Universal Music Group (UMG) and its Bravado merch company.

Hong Kong-headquartered The Sandbox unveiled its “strategic collaboration” with Jamiroquai, UMG, and Bravado via a formal release today. This announcement message is light on concrete details – “We look forward to telling you more soon, but for now can say that hats will definitely be involved,” communicated Jamiroquai – but does include a brief trailer.

Said trailer (set to London-based Jamiroquai’s “Virtual Insanity” and partially based upon its music video) shows an avatar of the Grammy-winning act’s frontman interacting with multiple environments in The Sandbox. Additionally, 30-year-old Jamiroquai’s webstore has already added several products – including short-sleeve t-shirts ($26 plus shipping), long-sleeve t-shirts ($52), and a crewneck sweatshirt ($65) – related to the NFT-driven universe.

Of course, this pact is just the latest in a long line of deals that will bring artists into Roblox, Fortnite, and other such gaming and/or Web3 offerings. And in a statement, The Sandbox co-founder and COO Sebastien Borget touted the many agreements that his platform has inked with members of the music community.

“The metaverse is driving creativity through new forms of expression and technology in the music and entertainment industry, and it is an honor to welcome Jamiroquai to The Sandbox,” said the Blockchain Game Alliance president Borget.

“We now have partnerships with various legendary musical artists and labels including Snoop Dogg, Jamiroquai, BLOND:ISH, and Deadmau5, and we’re excited to be making The Sandbox a home where artists can connect with their fans in a direct and genuine way,” he concluded.

Besides these partnerships, artists and music-industry companies themselves are likewise turning directly to non-fungible tokens (NFTs) in an effort to generate revenue and forge deeper connections with diehard fans.

To be sure, 2022 has brought multimillion-dollar raises for NFT players Fuel, Pianity, OpenSea, Serenade, Our Happy Company, and LimeWire. Plus, May’s first 18 days have seen Spotify enable artists to promote NFTs on their profiles, while UMG’s 10:22PM has minted 10,000 “virtual key card” NFTs for its Kingship “band.”

Lastly, The Chainsmokers announced one week ago that they would give diehard fans a small portion of streaming royalties from their new album in the form of NFTs, whereas Warner Music in mid-April signed a deal with POAP “to mint shared memories as NFTs.”