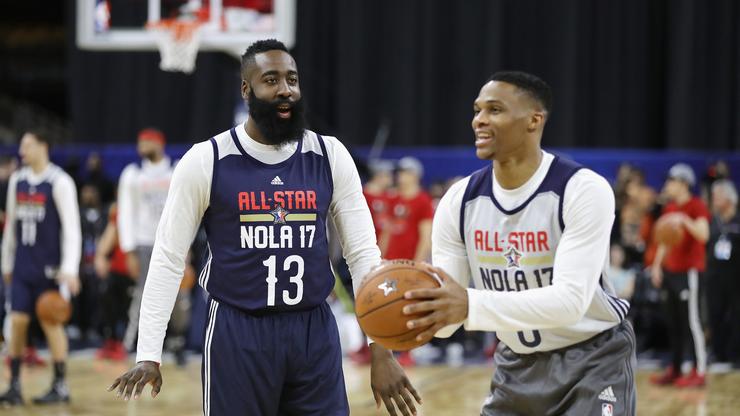 James Harden doesn’t seem too concerned about all of the rumors.

News broke last night that Russell Westbrook doesn’t want to play for the Houston Rockets anymore. This news came as a surprise to many fans who thought he was on solid terms with the franchise. Now, there are reports that teams like the Charlotte Hornets are going after Westbrook and that as soon as free agency begins, he could be out of town. Kendrick Perkins has even floated rumors that perhaps James Harden wants to leave and that’s ultimately why Westbrook opted to voice his displeasure.

Today just so happens to be Westbrook’s birthday, which makes the plot that much thicker. In fact, the Rockets even wished Russ a Happy Birthday, on Twitter, despite him wanting to leave. Now, Harden is the latest to wish Russ a Happy Birthday and based on the IG post below, it seems like Harden is unphased by all of the commotion.

Clearly, the latest rumors have yet to put a strain on these men’s relationship, which indicates that Russ‘ desire to leave Houston has nothing to do with Harden and everything to do with business and circumstance.

Keep it locked to HNHH as we will continue to update you on everything happening in the NBA world throughout the offseason.