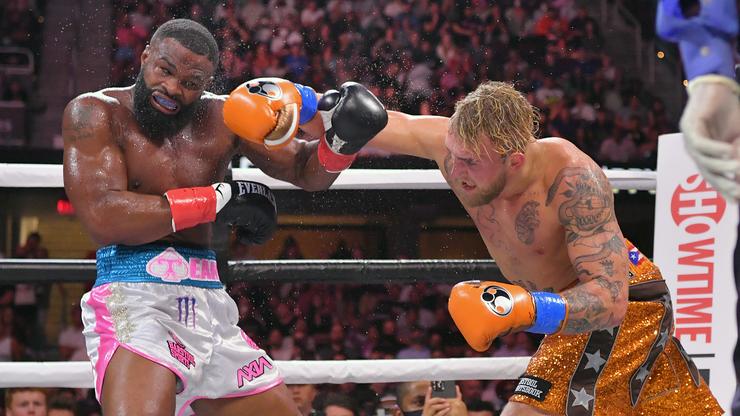 YouTuber turned boxer, Jake Paul, says he will not fight Tryon Woodley in a rematch of their August bout. The news comes despite Woodley following through on getting an “I Love Jake Paul” tattoo on his finger. Paul had told the former UFC champion that he would only fight him again if he got the tattoo.

“I don’t think people really wanna see Tyron vs. Jake Paul again,” he told TMZ Sports. “He had his chance.”

Woodley immediately demanded a rematch from Paul after the decision came into following their fight on August 29.

After besting Woodley, Paul climbed to 4-0 for his boxing career.

Paul is more focused on his upcoming match with Tommy Fury, set for December 18. He admitted to TMZ that Tommy, brother of renowned fighter Tyson Fury, will likely be his toughest opponent to date. Tommy is currently 7-0 for his career.

“Definitely the toughest guy, but I’m coming for his head,” Paul told the outlet when asked about his upcoming bout. “He has a lot, a lot to deal with and he chose the wrong time to fight me because I’m not playing around this time.”

Check out Paul’s discussion with TMZ below.