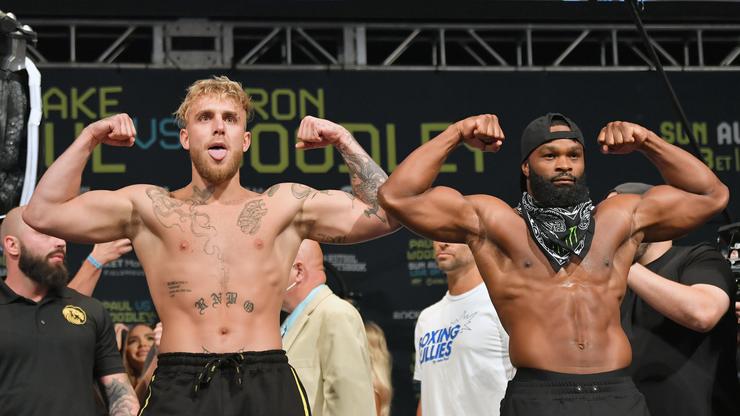 YouTuber and boxer Jake Paul defeated former UFC welterweight champion Tyron Woodley after a split decision (77-75, 75-77, 78-74) in the main event at the Rocket Mortgage FieldHouse in Cleveland on Sunday.

Outside of a big shot from Woodley in the fourth round, Paul appeared to have the upper hand throughout the contest.

Despite being held in his hometown, Paul was no favorite of the crowd who could be heard chanting “F— Jake Paul!” to start the match.

“CLEVELAND IS JUMPING!! Should have flew back to the crib,” Lakers star LeBron James wrote on Twitter Sunday night.

While Woodley is a 12-year veteran of combat sports, with 27 professional MMA fights, this was his first appearance in a boxing ring. Woodley was undeniably Paul’s toughest opponent yet, as the YouTuber has KO victories over fellow YouTuber Ali Eson Gib, former NBA star Nate Robinson and former Bellator MMA champion Ben Askren.

After the decision came in, Woodley challenged the 24-year-old to a rematch and even agreed to get an “I love Jake Paul” tattoo as a condition for the fight.