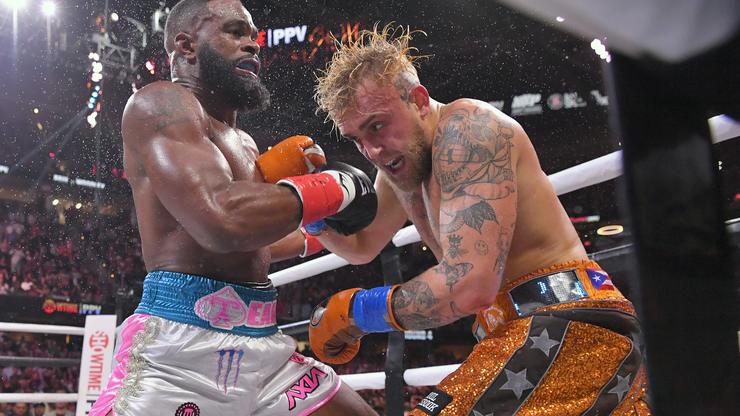 Last night, Jake Paul and Tyron Woodley took part in their highly-anticipated fight, which saw plenty of theatrics throughout the days leading up to the match. As many expected, this was easily Paul’s hardest fight to date as he had to contend with a fighter who knows how to take a punch and knows how to dish one out, as well.

Paul arguably won seven out of the eight rounds thanks to better overall boxing tactics. Leading into this fight, many analysts assumed that Paul wouldn’t be able to go the distance as he’s never had to do it before. In the end, however, Jake proved those doubters wrong and took home the split decision.

While Paul clearly won the match, there were moments where fans felt like Woodley was taking it too easy on the former YouTube star. For instance, Woodley hit Paul with a big punch to the face which had Jake leaning against the ropes in a wide-open stance that left him vulnerable to a finishing strike. Instead of taking advantage, Woodley played it safe and waited for Jake to compose himself.

This one particular moment in the fight had many claiming that the entire match was rigged, and at this point, you can’t convince Twitter of anything otherwise. For the most part, Twitter is made up of people who only watch boxing once every six months, so much of this analysis should be taken with a grain of salt. Regardless, people feel like Jake is paying his opponents to take a dive, which is certainly a theory.

You can check out the reactions to this match, in the comments section below.