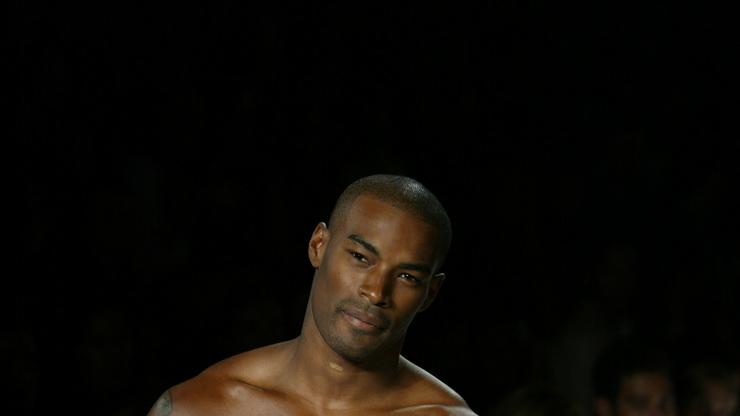 In the ’90s, Jada Pinkett Smith schooled Tyson Beckford on how to properly approach a woman.

Since she was introduced to us on A Different World, Jada Pinkett Smith has remained one of Hollywood’s finest women. For the past 24 years, she has been married to one of Hollywood’s highest-paid actors, Will Smith. The couple met on the set of Fresh Prince of Bel-Air in 1990 and wed in 1997 after a few years of dating. Since then, they have raised two successful eclectic children Jaden and Willow Smith.

For years, rumors circulated about the status of the couple’s marriage, specifically whether or not they were in an open marriage. The Smiths have been open about their marriage ups and downs and shared they no longer refer to themselves as husband and wife. In 2020, R&B street singer August Alsina opened up about his romantic relationship with the married Smith. The news sent social media into a frenzy and presumably proved past beliefs about Will and Jada’s marriage. The two sat down on her hit Facebook series Red Table Talk to discuss their brief situation and publicly declare, “We ride together, we die together—bad marriage for life!”

But prior to marrying Will, ’90s superstar model Tyson Beckford attempted to shoot his shot. Unfortunately for him, he didn’t come as the then Ms. Pinkett correct. In an exclusive interview with VladTV, the 50-year-old former Ralph Lauren model shared that he used to date Chilli from TLC. The two had an on-again-off-again relationship, but the R&B singer ultimately was head over heels for Atlanta music producer Dallas Austin. He then in an excited manner revealed details of his failed attempt at hollering at Jada Pinkett. “Yea, I saw Jada Pinkett and I came to her to try and holla at her, but I did it too street,” he said. “She kind of put me in check and said, ‘My young brother, this is how you do it…,’ you know it was a lesson learned.”

If we know anything about Mrs. Smith, she’s an alpha woman and does not play when it comes to respect and having boundaries.

As for Tyson, despite being one of the best-looking men in Hollywood, the supermodel turned actor, hasn’t always had the best of luck when it comes to the ladies.