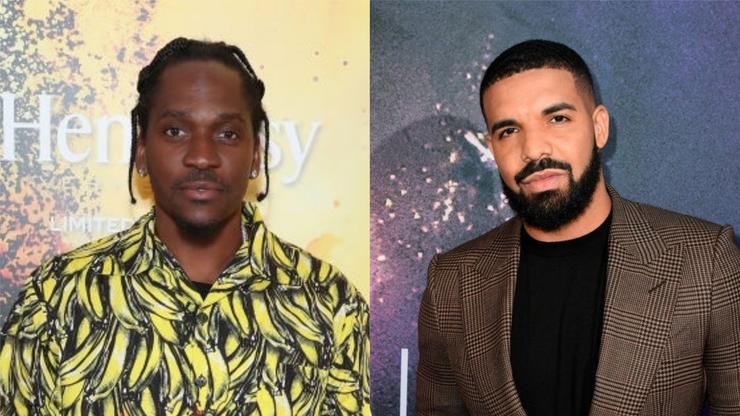 The world is convinced that Pusha-T is still being petty with Drake, potentially dissing the world-renowned rapper with some subliminal shots on the new song “Tell The Vision.” The track appears on Pop Smoke’s new posthumous album, also featuring Kanye West. When Push starts his verse, he gives temporary AOTY honors to Tyler, The Creator before suggesting that Pop Smoke will outclass him and earn that title. Then, he says that he’s working on his own album before throwing some shots that many believe are directed at the 6ix God.

“Tyler got the album of the year, for now/But Pop about to drop, I see the platinum in the clouds,” rapped Pusha-T on the song. “Now Push about to drop, so real trappers stick around/The crown is only for the king, they trying to place it on a clown.”

Drake is the most popular artist in the entire world and he’s got the metaphorical crown fitted perfectly for his head, so could Push be referencing the rapper and their infamous beef from a few years ago. They never truly made up and there’s presumably still a lot of bad blood between them — after all, Push did tell the world about Drake’s secret child at the time. Do you think these bars are directed at Drake?

Pusha-T was previously supposed to appear on the deluxe edition of Shoot For The Stars, Aim For The Moon on a song with Young Thug and Gunna, where he also dissed Drake. After Thug called out Push, Push demanded the song be removed from the album.

Listen to the new record below.