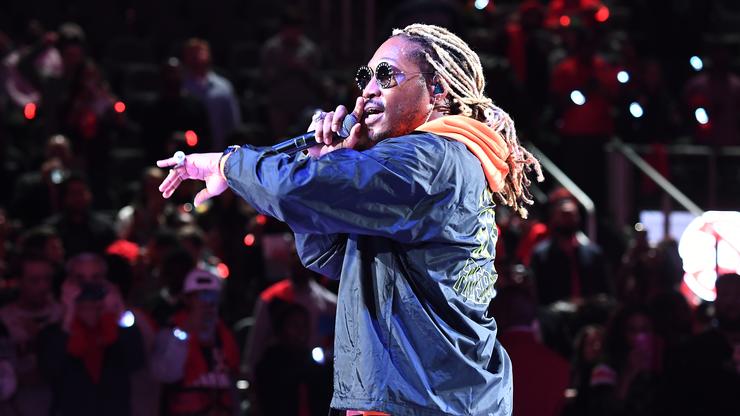 Future refuses to be silent after Blue Jasmine claims he offered her $5,000 to have sex with him.

Recently, DJ Akademiks interviewed Instagram model Blue Jasmine, and somehow their conversation landed on whether she thinks Future pays for sex. When she confirms that she’s absolutely positive that the Freebandz artist is guilty of spending money to have sex with women, DJ Akademiks then clarifies that he’s not talking about chartered flights or expensive dates that may precede any sexual relations between Future and his partners.

Still, Blue Jasmine doesn’t budge on her stance, prompting DJ Akademiks to ask her, “So you’re saying that chicks is telling Future like ‘Yo, it’s $10,000 or whatever to f*ck?’ And he’s paying that money to f*ck?”

While responding to Akademiks question, Blue Jasmine drops the ultimate bombshell, saying, “Nah, he offered me $5,000.”

Upon hearing her say that Future has personally offered her $5,000 in order to have sex with her, DJ Akademiks gets out of his chair and walks away in disbelief, showing that even he has a hard time believing her claims. The interview has since been posted to several YouTube channels and social media accounts, and even Future eventually caught wind of her comments. Apparently, Blue Jasmine’s allegations toward him were enough to make the Higher Than Life rapper hit the comment section of one of Hip Hop Ties‘ posts in order to defend himself.

“She big big capping…dnt kno her dnt care to kno her!” Future claps back in the comments. “Why she lying?”

For those unfamiliar with Blue Jasmine, check out some of her pictures below. Who do you think is telling the truth in this situation — Future or Blue Jasmine?