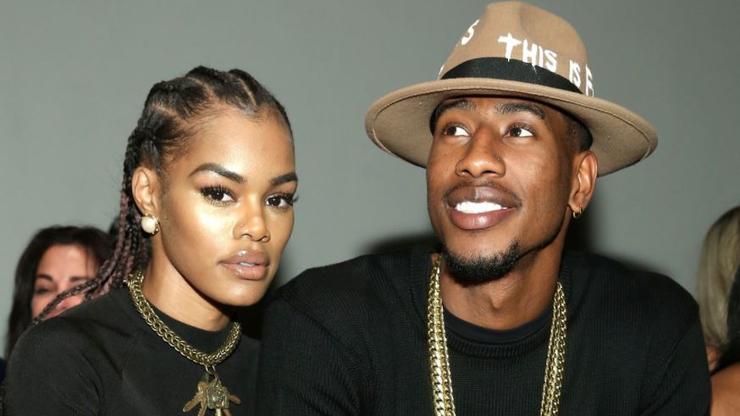 She had her doubts early on but has become his biggest fan.

Now that their home life is on display for reality television fans, the world is getting an inside look at Iman Shumpert and Teyana Taylor‘s marriage. The couple has been amusing fans with their family dynamic as they balance romance, careers, goals, and kids, and in an episode of E!’s We Got Love Teyana & Iman, the NBA baller spoke about the transition from the paint to the studio.

“They introduced what poetry was in school. I started writing poetry and then my brother had this Ice Cube CD. That was my first walk in music,” said Iman. “When I heard that beat and realized I could say whatever I want.”

Iman admitted that Teyana wasn’t a fan of him focusing on his music career early on. “She’s like, ‘That’s weird. You a basketball player but you like, a whole rapper, too.'” However, as time has moved forward, Teyana has become his biggest fan. “Little by little, she sees how much I like it.”

The sports-music-reality star called music “a change of pace for an athlete” because while on the court, he’s been conditioned to not make things personal. In the studio, however, Iman says that as an artist he is “trying to connect with people in a way that I can make you feel like you’re just like me.”

Check out the clip of Iman speaking about his music career below.