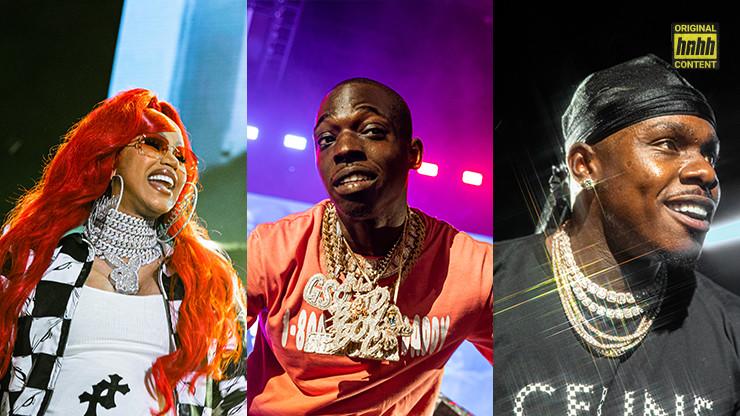 2020 put everyone’s plans on hold, whether it was traveling to another country or simply trying to go out to dinner with some friends. Festivals were canceled across the country, so fans were left with virtual concert experiences to fill the void. Hot 97’s Summer Jam, unfortunately, also got axed in 2020 but they made up for it on Sunday night, despite some minor setbacks. On Saturday, weather concerns surrounding Tropical Storm Henri prompted Hot 97 to call off the Festival Stage and the Festival Village.

The Stadium Stage went on as scheduled, marking the official return of Hot 97’s Summer Jam. New York City’s pride and joy, Bobby Shmurda, finally returned to a stage in his hometown where he delivered the classics. The rapper did not spare any time getting up close and personal with the very fans that kept his name alive while he was incarcerated.

Migos also returned to the stage where they brought out a pregnant Cardi B to perform Culture III cut, “Type Shit,” along with a slew of other hits from their latest album including “Straightenin.”

A few New York City legends made sure to grace the stage last night, as well. Jadakiss shut down the stadium once he began performing his “Who Shot Ya” remix. Swizz Beatz also helped lead a tribute to the late DMX during last night’s festivities.