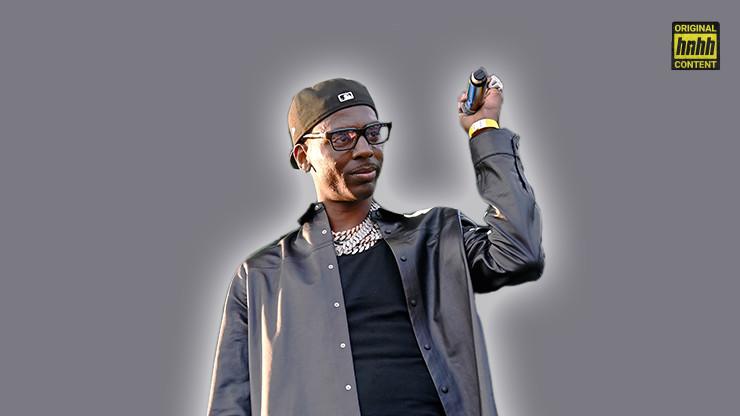 The hip-hop industry has yet to shake back after losing one of the realest and most influential rappers in the game. Adolph Thorton Jr., better known as Young Dolph, was killed on November 17, 2021 in his hometown.

Raised in Memphis, TN, Dolph, who was 36-years old when he passed, always showed love and support for the city. On the day he was killed, he had returned to his neighborhood to hand out turkeys for Thanksgiving, but was gunned down while trying to buy cookies for his mother.

Since his unexpected passing, thousands have expressed their condolences, actions have been taken by the police to find his killers, and the city of Memphis has been honoring his legacy in more than one way.

We’ve put together a timeline of events following the rapper’s tragic loss, compiling all the information we know thus far.

Get Away Vehicle Found

A day after Dolph’s death, the getaway car driven by his murderers was identified. Two days after that, the car was found and social media quickly became aware: neighbors began live streaming and posting pictures of the police towing the two-door, white Mercedes Benz, which they located in the driveway of a home just three miles from the crime scene.

Thanks to those images and videos, fans were able to then match the house from where the getaway car was parked with the same house in a music video filmed by Memphis artist Straight Drop called “Going Straight In.” This later led to the theory that he is responsible for Dolph’s murder (more on this below).

Dolph was gunned down at Makeda’s Cookies– a shop he loved and visited every time he came back to the city. Since the shooting, the owners have yet to reopen the Airways location, where the incident occurred. Instead, it has become a shrine where both fans and family have been leaving memorabilia to honor Dolph. With this location out of service, Makeda’s re-opened in a brand new spot in downtown Memphis. The operations manager, Raven Winton, told Fox 13 Memphis that the shop plans to honor Dolph in a more permanent way, by naming his favorite cookie– chocolate chip– after him.

Mia Jaye, 32, was Dolph’s life partner. She mothered both of their kids– Tre and Aria Thorton. Since Dolph’s passing, Jaye has deleted all photos from her Instagram except those with him in them. The three posts that remain live on her page each showcase a memory of her late husband. In her most recent post, shared on Christmas Eve, she reminisced about how much Dolph loved the holidays, while issuing a thoughtful warning: “For every man considering to take another mans’ life, think of the holes you will tear in the heart of their family.”

Mia is also the founder of Black Men Deserve to Grow Old, a foundation that advocated for the lives of black men. Since her partner’s passing, the company has released clothing that features an image of Dolph’s face as well as their slogan on the front.

Not only were Key Glock and Young Dolph coworkers, they were also cousins. Glock did not immediately respond to the news of Dolph’s death right away, leaving fans anxious in his wake. A few days after the shooting, he took to his Instagram story to say, “STOP asking me if I’m ok Knowing d**n well I ain’t…”

Five days after Dolph’s death, Glock posted ten images on Instagram of him and his late cousin. His caption stated, “Damn bro, I’m lost. My heart is torn, my brain bout to explode, it HURTS when I breathe.. Why you leave me so soon??”

To further pay tribute, the PRE artist performed Dolph’s songs at Rolling Loud in Los Angeles in December. He, along with O.T. Genasis, rapped on of Dolph’s most notorious songs “Preach,” as the crowd sang along word for word.

To pay homage to his cousin and allow his legacy to live on, Glock also got a tattoo of Dolph’s face on his forearm.

On December 15, 2021, the city of Memphis renamed the area of Dunn near Airways and Hayes to Adolph “Young Dolph” Thornton Jr. Avenue. The street resides in Castalia Heights, where the rapper spent his childhood. The rapper’s family, friends, and fans gathered as the black and gold street sign was unveiled to honor his legacy. His aunt, Rita Myers, said to Action News 5, “Adolph brought resources and revenue to Memphis. When he did his massive videos, they were done in Castalia. They were done in South Memphis. He brought revenue to this city.”

A day after receiving his street sign, a “Celebration of Life” memorial was held at the FedExForum in Memphis on December 16, 2021. While his close family and friends had their own service for Dolph, this event was opened to the public. Tickets to the service sold out in 90 minutes. There were thousands of fans who lined up to pay their respects to the legend. The celebration included remarks from his loved ones as well as special performances from people signed under his label.

Though unrelated to Dolph’s case, outside of the Forum at the memorial, police arrested three men. One was arrested for driving a stolen Infiniti Q40. The other two, Guyland Key and Antwon Flynn, were arrested for attempting to flee the scene after driving their car into a pole.

Grove Hero is a comedian and philanthropist from Memphis, Tennessee. He is known for his numerous business endeavors and his funny personality. He is also a representative under Dolph’s label, Paper Route Empire, and so they were very close.

Blac Youngsta, meanwhile, had a long-standing beef with Paper Route Empire. After Dolph turned down the offer to be signed to CMG, Yo Gotti’s label, Blac Youngsta seemingly honed in on the beef. When Dolph was shot at over 100 times in Charlotte, Youngsta turned himself into authorities for playing a part in the shooting.

The two continued their feud through music. One of Youngsta’s most popular songs is “Shake Sum,” which is a Young Dolph diss. He performed that song at a nightclub in Dallas weeks after Dolph’s passing, which rubbed Grove Hero the wrong way. He took to social media to offer the rapper a warning of sorts, writing, “@Blacyoungsta don’t make me get on your a**. Bra (Dolph) dead you ain’t got to do all that.” To take things further, Grove drove through Youngsta’s grandma’s neighborhood to purportedly show that he hasn’t done anything for the city– unlike Dolph, who consistently gave back to his.

Since then, Youngsta dropped a music video to a song called, “I’m Assuming.” In the video, he can be seen in a cemetery standing in front of a tombstone with the last name Thorton. Fans speculate that this was done intentionally as a way to mock Dolph’s death.

Justin Johson, also known as Straight Drop, is a rapper from Memphis who is now the main suspect in the murder of Dolph. Fans speculated that he had ties to the shooting once they recognized that the location of the getaway car was featured in his music video for “Going Straight In” (the video has since been taken off the internet)– and they were ultimately proven correct. On January 5, 2022, the Memphis Police Department issued a first-degree murder warrant for Johnson. They promised a $2,500 reward for information that would lead to his capture. He was also placed on the Most Wanted List and is considered to be armed and dangerous.

Johnson posted a message on his Instagram Story days later, seemingly confirming he would turn himself in: “Turning myself in Monday @201 I’m innocent. I’ll be back sooner than you can blink.” 201 refers to 201 Poplar, which is the men’s jail in Memphis, TN.

Despite promising to surrender himself on January 10, the fledgling artist dropped a music video instead, titled “Track Hawk,” and has since disappeared from Instagram, with his account now disabled or deleted.

There is some sort of history between Johnson and Dolph, although the exact details are unclear. Johnson, 23, was spotted in the background of a picture with Young Dolph taken in 2018. Even though the two were seen together, Johnson obviously felt some type of animosity, as, when he caught wind of the picture that same year, he took to Facebook to state, “They needa scratch my face out this s**t.” Photos have also surfaced of Johnson posing with a PRE (Paper Route Empire) chain. However, according to rumors in Memphis, the chain was stolen from one of Dolph’s artists.

Paper Route Empire announced a tribute album from their founder on January 10. Titled Long Live Dolph, the project is set to include songs from artists like Key Glock, Kenny Muney, Big Moochie Grape and more. It will be released on January 21.

The first single, by rapper Jay Fizzle, is titled “LLD.” Played over a somber piano beat, Fizzle raps, “I f****d up plenty times, but you ain’t never threaten to cut me off. Always had my back and everybody knew I wanted to be like Dolph.”

While Dolph’s murder isn’t officially solved yet, it seems a lot of progress has been made. Now a month and a half since his death, and authorities, alongside help from his most loyal fans, have been able to identify their main suspect. Let’s hope the story continues to unravel from here, and Dolph’s family is able to get some closure.

As of yesterday, Tuesday, January 11, two suspects have been arrested in connection with Young Dolph’s murder. Justin Johnson was found by U.S Marshals at around 3 PM ET in Indiana, on January 11, and he now faces charges of first-degree murder and theft of property between $10,000 and $60,000. There is a second suspect, Cornelius Smith, who was also booked and indicted according to Shelby County District Attorney’s office.