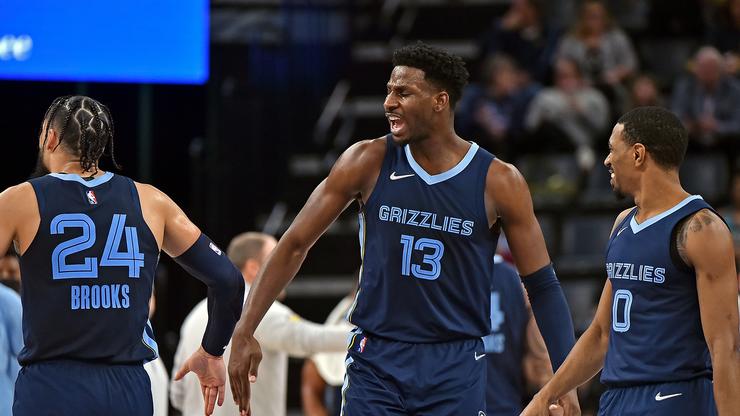 The Grizzlies pulled off the record despite not having Ja Morant in the lineup.

Over the past couple of years, the Memphis Grizzlies have become a sensational team to watch because of Ja Morant. However, the team still has a ton of other great young stars like Dillon Brooks and Jaren Jackson Jr. With Morant injured right now, these men have had to step up and they have done so in a big way.

Perhaps their most impressive feat came last night as they took on a depleted Oklahoma City Thunder roster. The Grizzlies ended up coming away with a massive 152-79 victory, which floored NBA fans. In fact, it was revealed after the game that the 73-point margin of victory was actually the largest in the entire history of the NBA. Needless to say, the Grizzlies showed up and showed out.

Jackson Jr. finished the game with a respectable 27 points, all while the rest of the roster was able to get some solid numbers together. The entire roster was getting minutes, and by the end of the game, nine different players had double-digit points. Meanwhile, the Thunder struggled offensively as their leading scorer was Lu Dort who could only muster 15 points.

The Thunder remains one of the weakest teams in the league right now, however, winning by 73 is never an easy task. For reference, the Los Angeles Lakers are 0-2 against the Thunder this season.

You can check out highlights from the game, down below.