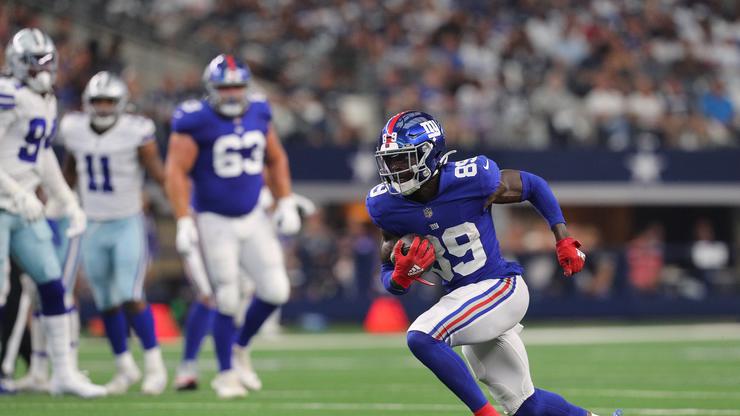 Kadarius Toney got ejected after swinging on Damontae Kazee.

Yesterday afternoon, the New York Giants got blown out by the Dallas Cowboys by a score of 44-20. The Giants are simply not very good this season and fans are well aware of the work this team needs to do. Unfortunately, there were various injuries sustained by the team as quarterback Daniel Jones went down alongside running back Saquon Barkley. It was a bad day for the team, and it was made even worse due to Kadarius Toney’s ejection.

Toney otherwise had an amazing game for the Giants. The rookie picked up 10 receptions and was able to notch 189 yards. For most players, this would be an amazing showing. However, it all unraveled as he got upset in the fourth quarter following a play in which he was thrown to the turf.

Toney got up and walked over to Damontae Kazee, who he eventually swung on. This led to an immediate flag on the play, and as a result, Toney was swiftly ejected. It wasn’t a good look for the rookie, although it’s clear that emotions were running high given the circumstances of the game.

While this is something Toney will want to forget, at least he can think about all of the good things he did during the game. For instance, he broke OBJ’s Giants rookie receiving record, which is definitely something to cheer about.