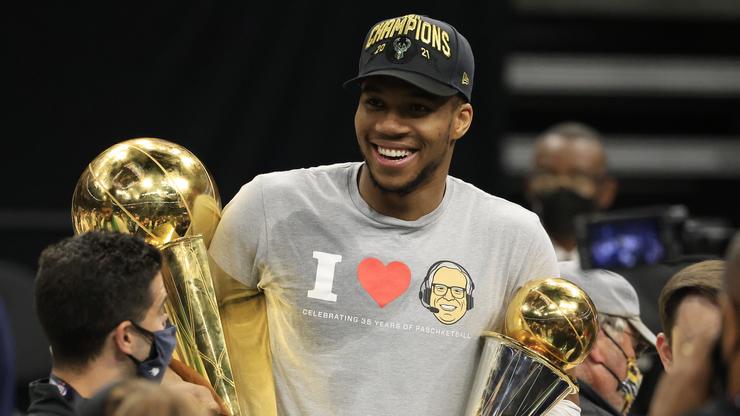 Giannis Antetokounmpo is having a lot of fun during the Bucks parade.

Giannis Antetokounmpo made a big gamble less than a year ago when he decided to sign a Supermax deal with the Milwaukee Bucks. The contract made him the highest-paid player in the league although it didn’t exactly guarantee him a championship. There were various question marks surrounding whether or not this team could get it done, and some fans weren’t sure if Jrue Holiday was enough to get this team over the hump.

After finishing third in the Eastern Conference standings, the Bucks showed everyone what they are made of and made it all the way to the NBA Finals where they defeated the Phoenix Suns in just six games. Giannis scored 50 points in the closeout game and it was enough to win him Finals MVP.

In the clip below, you can see Giannis motion to throw a basketball into the crowd. Instead of shooting the ball right away, Giannis froze in position for 10 seconds which got a hearty laugh from the crowd. You can tell his teammates loved it as well and overall, it’s one of the reasons why Giannis is so likable.

We’re sure this entire championship run is one that Bucks fans will never forget.