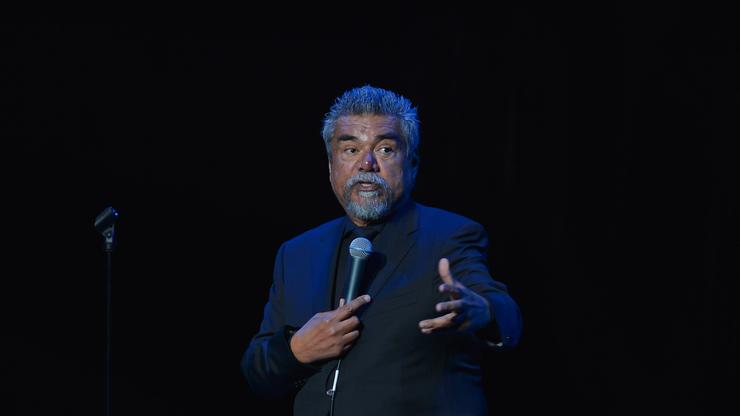 Each year on New Year’s Eve, the stars come out to either perform or make appearances to join the nationwide holiday celebration. In accordance with that tradition, beloved actor-comedian George Lopez planned to do the same yesterday in Auburn, WA yesterday at a casino for his fans.

Before he was set to perform a comedy set at 8 p.m. local time at Muckleshoot Casino Resort, George took the stage around 4 p.m. to greet the crowd. However, at this time, George was visibly ill, and struggling on stage. He kept apologizing to the crowd for being out of sorts, and eventually exited the stage for medical attention.

While an ambulance was called to tend to him, it is unclear if he was taken to the hospital or not. The resort soon released a statement about his future set being cancelled: “It is with sincere apologies that we must announce the cancellation of tonight’s 8 pm performance by George Lopez. Please contact your point-of-sale for refund information.”

As the Omicron variant of COVID-19 surges across the country, it has not been revealed what sickness George was fighting yesterday. Hopefully more information will come out soon and he will be safe and healthy in the future.

Check out a brief video of George Lopez taken yesterday.