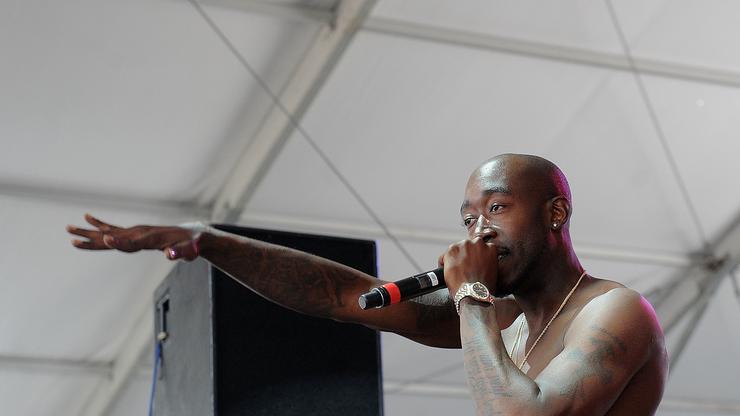 Earlier today, Freddie Gibbs announced that this Friday’s episode NPR’s Tiny Desk series will star Gibbs alongside his Bandana collaborator Madlib. Gibbs posted a group photos himself singing in the fice with the caption, “Dropping Friday Morning… Album Of The Year, Tiny Desk Of The Year @npr #tinydesk Photos by Mhari Shaw.”

He later followed up with another picture promoting the episode, this time depicting the two artists posing as Michael Jordan and Scottie Pippen. He captioned the photo, “Friday muthafucka #TinyDesk #WeGotTheBestOne #WeGotTheBestAlbum 🏆.”

The setlist for the show has yet to be announced but the duo have a plethora good options to choose from f their latest project. For starters, Gibbs could roll with “Situations,” which he broke down for us back in July. He could also decide on one the album’s two singles, “Crime Pays” and “Giannis.” We’ll have to wait and see.

A third collaborative project for Gibbs and Madlib has been openly discussed titled Montana; however, no release window has been planned. Regarding one, Gibbs told us, “I don’t know man. With this major label thing I got going on now, they might want me to put it out soon. I got it so it ain’t no problem.”

Check out the Tiny Desk concert this Friday.