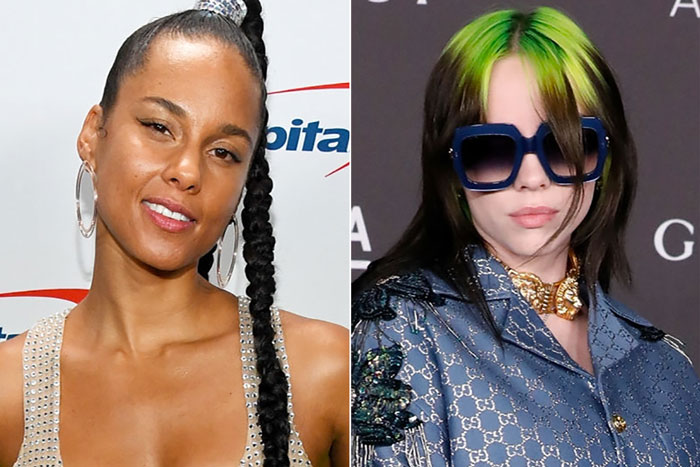 The 15-time Grammy winner has recorded a breathtaking cover “Ocean Eyes” for Spotify’s Singles series. On her soulful rendition, which was recorded at Jungle City Studios in New York, Keys gives Eilish’s 2016 breakout hit a piano-driven makeover that will give you goosebumps.

She previously performed her Eilish cover on Instagram back in August. She also showed love to the 17-year-old singer while accepting the Innovator Award during the iHeartRadio Music Awards in March.

“When a live take is magic it’s the best feeling in the world! I am CRAZY excited for you to listen,” Keys told her Instagram followers.

Alicia is gearing up for a big 2020. She will host the Grammys for a second time on Jan. 26 and release her highly-anticipated new album, which recently spawned the single “Time Machine.”