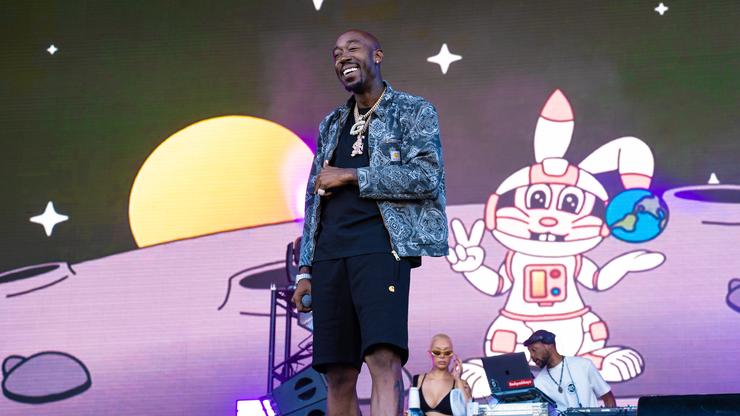 Fresh off of the release of “Too Much” ft. Moneybagg Yo, Freddie Gibbs confirms “$$$” will be dropping later this month.

It looks like we’re going to be getting a few solid albums in the coming months. While 2022 has witnessed some incredible bodies of work so far from artists like Kendrick Lamar, Pusha T, and Beyoncé, there are a few other artists who’ve promised to drop an album before the year ends. Freddie Gibbs might not be on the same magnitude as the aforementioned artists, there’s no doubt that he’s ramped up the anticipation for his next studio album.

Over the past few days, Gibbs has slowly unveiled the campaign for his forthcoming project, $$$ ($oul $old $eparately), beginning with billboards in LA, NYC, and Chicago teasing the $$$ Casino and Resort. That, of course, was simply to help launch the official campaign for the album and his latest single, “Too Much” ft. Moneybagg Yo.

Shortly after the song’s release, the rapper finally confirmed his new album would be dropping on September 30th. Gibbs didn’t unveil the tracklist but he did share the official album art for the project which features an animated rabbit overlooking a crashed UFO.

Hopefully, we’ll get one more single from Gibbs before the album drops in its entirety. He previously indicated that there will be production credits from Madlib, The Alchemist, Pharrell, Boi-1da, Sevn Thomas, and many others.

Are you excited for $$$? Sound off in the comments with your thoughts.