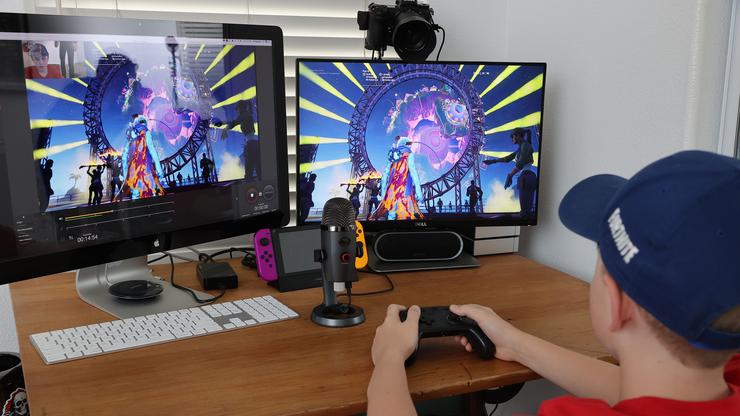 “Fortnite” was quickly roasted for their new in-game activation.

“Fortnite” is one of the biggest video games in the world right now and its young player base has turned the game into of the most successful titles of all time. Having said that, “Fortnite” now seeks to be more than just a video game experience as it will also have various entertainment activations to keep players occupied. For instance, Travis Scott and Ariana Grande have both had their own concerts on the game.

Now, however, “Fortnite” is looking to educate the youth with a brand new “MLK Experience” that will teach gamers about the civil rights leader’s legacy. Players will be taken to a recreation of D.C from the 1960s, and they will also be able to watch the infamous “I Have A Dream” speech.

Many were shocked by this announcement as they felt as though it was done in poor taste. Not to mention, the Martin Luther King Jr Center came out and said that they did not approve of this new activation, which just goes to show that “Fortnite” did not ask for permission before going through with everything.

“The King Center does not license Dr. King’s intellectual property, and, therefore, was not involved in any decisions concerning the endeavor with TIME Inc and PlayStation/Fortnite. These licensing decisions are made by Intellectual Properties Management (IPM),” they wrote.

As for the rest of Twitter, they were mostly making fun of “Fortnite” as the whole concept just reads a bit silly. After all, “Fortnite” is a cringe-inducing video game, and incorporating MLK just feels a little tasteless, even if they are trying to accomplish some good.

Let us know what you think about this ordeal, in the comments below.