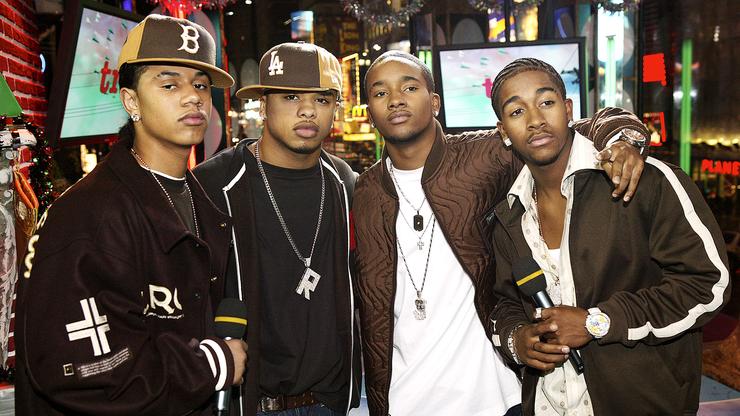 After Omarion’s interview with “The Breakfast Club” was released, Raz hopped on the line with DJ Envy.

It was only a matter of time before Omarion‘s former B2K groupmates responded to the interview on The Breakfast Club. Fizz, Raz-B, and J-Boog have long expressed their grievances with their former friend, but the behind-the-scenes drama came to a head after it was revealed that Fizz was dating Apryl Jones. His romance with the mother of Omarion’s children unfolded on Love & Hip Hop Hollywood, while the tension with Omarion was something played out on social media.

For years, B2K fans have sat front row for the real-life drama between the award-winning singers, and the latest episode of their saga is upon us. We previously reported on Omarion‘s appearance on The Breakfast Club, and during the chat, he had a few words about “brotherhood.”

“Let’s just take the concept of brotherhood, right? Everybody has a different version of that, unfortunately, because some people don’t actually have siblings. It means different things to different people, so, I will say in one aspect in our journey, we were put together to be brothers, you know what I’m saying? But I don’t think in essence we were. I think that there were a lot of people that made sure that we connected and then disconnected.”

Omarion also suggested that Fizz dated his ex in order to get under his skin, and it seems that both Raz and Fizz had indirect responses.

“After I was asked to do a retraction and paid $10,000 years ago , I didn’t understand that my enemy was using them to discredit my testimony, Being a child of the Most high, people always gonna try to dim your light,” Raz wrote. “Nobody’s told me thank you for feeding their families nobody.”

He continued: “I take full accountability for me actions on millennium tour but why would you wanna kick your own brother off the tour who brought the money to the table and then put out a press release say I want to see you in a good light?” Raz suggested it would soon be his turn in the hot seat because he “texted DJ Envy last night!!”

Meanwhile, Fizz reacted with a few memes. Swipe below to hear Omarion and read through the reactions.