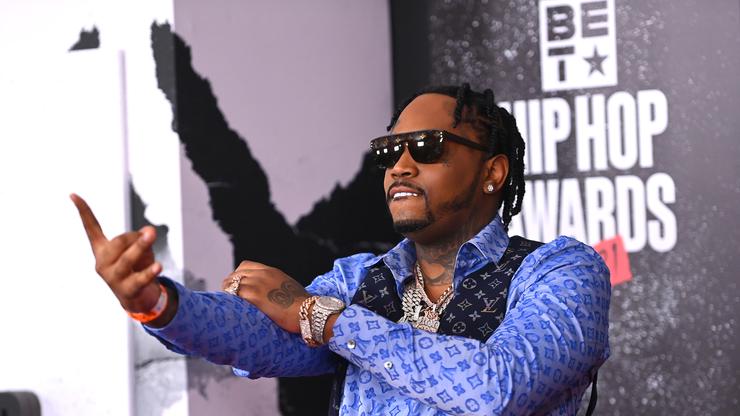 Fivio Foreign has explained the role that Kanye West played in executive producing his debut album B.I.B.L.E., which was released last week. The Brooklyn rapper discussed his new album with Angie Martinez during an interview for her Power 105.1 radio show.

“He’s definitely [the executive producer],” he told Martinez. “I had the album basically ready, finessed and done. I let him hear it and he was like, ‘I wanna help you.’ You know, he’s a producer, too, so he arranged some drums around, called in for a feature. He’s the reason Alicia Keys is on [‘City of Gods’]. Just, like, making it more of a masterpiece. Leveling it up. Him and Mike Dean, too.”

As for how the collaboration came together, Fivio explained that he sold West on the idea of the project going viral, as well as the title of the project being B.I.B.L.E.

“When I told him that was my album title, he was like, ‘That’s crazy!’” he recalled. “He just felt like it was meant to be. Destiny.”

Check out Fivio’s interview with Martinez below.