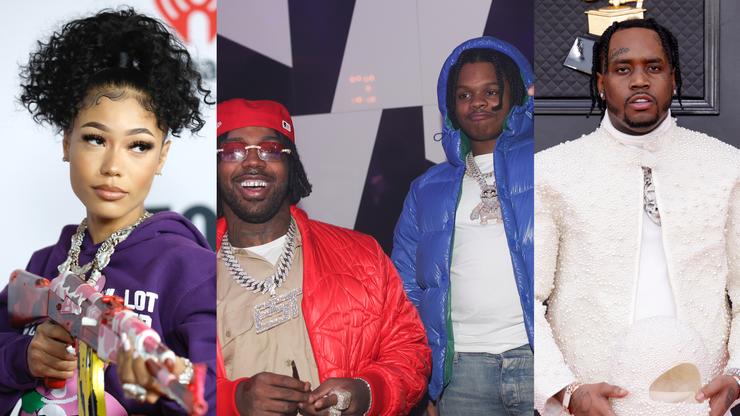 Fivio is looking at a top ten debut, and EST Gee & 42 Dugg are right behind him.

On April 8, three hip-hop artists released albums that have steadily climbed the charts. Fivio Foreign dropped B.I.B.L.E which featured artists like Coi Leray, Quavo, Lil Yatchy, and many more greats. CMG rappers EST Gee and 42 Dugg both came together to put out a joint album for their label titled, Last Ones Left.

According to early projections, both projects are expected to reach some pretty high numbers.

Fivio’s album is anticipated to sell more than 29,000 units within its first week. Those numbers would place him at number 10 on the U.S. charts. The project, which stands for “Basic Instructions Before Leaving Earth,” features 17 tracks that show off the New Yorker’s lyricism along with his passion for drill music.

Some of his highest streaming songs from the project, according to Apple Music, seem to be “Changed On Me” featuring Vory and Polo G along with “What’s My Name” which features Coi Leray who also just dropped an album. Her project, Trendsetter, was also released on April 8. According to Hip Hop Lately, she is expected to bring in 11,000 units her first week.

Falling behind Fivio by just 3,000 units, with an expected 26,000 units, EST Gee and 42 Dugg are looking to take the spot number 11. Their album also consists of 17 tracks and features artists like Tae Money, Big 30, and EST Zo. On each song, the two artists under Yo Gotti‘s label go back and forth spitting their hottest bars about topics that range from living a daring lifestyle to having loads of money. Their rollout song from the album, “Thump Sh*t,” is still being heavily promoted, along with “Ice Talk.”