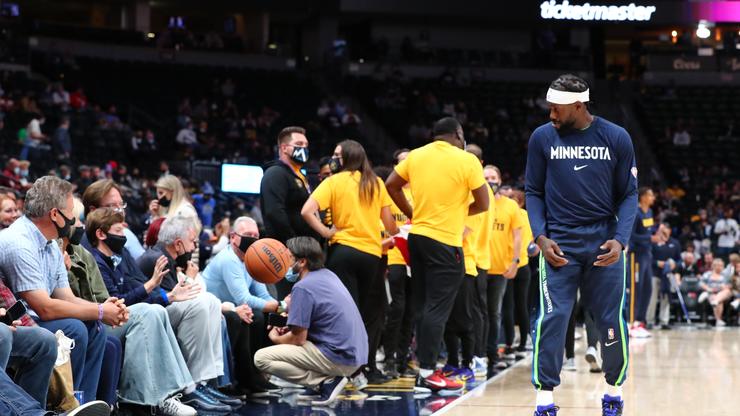 Yesterday was huge for the Minnesota Timberwolves as they defeated the Los Angeles Clippers in the play-in game to advance to the NBA playoffs. Fans weren’t sure if the T-Wolves would be able to pull it off, especially since they got off to a slow start. In the end, however, the T-Wolves proved they were the better team, and now, they will get to face off against a hungry Memphis Grizzlies team.

While the game itself was entertaining, there was one moment that had fans truly confused. In the Twitter clips down below, a woman was seen laying underneath the Clippers basket. Some fans thought she may have tried to run onto the court and slipped, however, it was later revealed that she was attempting to glue herself to the court.

It was a truly bizarre seen, however, it was later revealed that the woman was protesting T-Wolves owner Glen Taylor, who has been accused of slaughtering chickens at his Iowa egg farm. The woman’s shirt read “GLEN TAYLOR ROASTS ANIMALS ALIVE” and with all of the air time she got, her message was certainly received. Unfortunately for her, it cost a whole lot of money to have that message get broadcast.

The woman was eventually escorted off of the court, and for now, it remains unclear whether or not she was arrested. Either way, it was quite the scene.