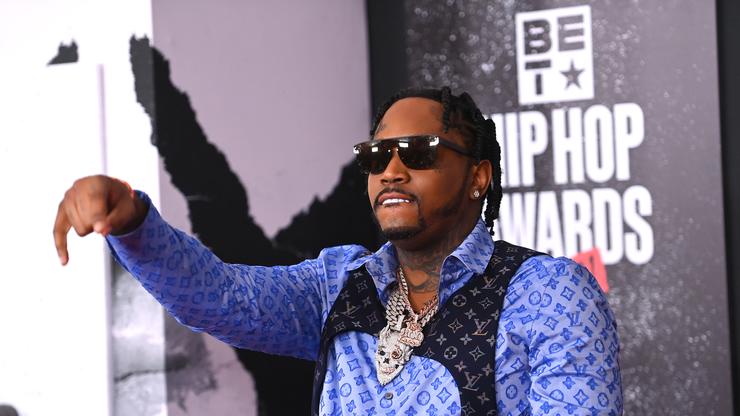 Fivio Foreign says that Jay-Z is the greatest rapper of all time from Brooklyn.

Fivio Foreign labeled Jay-Z the greatest Brooklyn rapper of all time during a recent interview with Angie Martinez, during which he also discussed his new album, B.I.B.L.E., drill music, and more.

When asked to name the best rapper to ever hail from his hometown of Brooklyn, he immediately answered, “Hov. Of all time? Hov.”

The quote comes after Fivio went at Tekashi 6ix9ine, last week, for claiming to be the “king of New York.”

“5 Billboards in Times Square, Top 5 songs in NY on Apple at once, & articles in both Daily News & NY Times.” Fivio wrote on Twitter, Saturday. “Don’t ever let that n***a say he the King Of this city.”

While announcing his return to the spotlight, 6ix9ine had said that “the king of New York is coming back.”

In response to Fivio, 6ix9ine brought up the death of another Brooklyn rapper, Tdott Woo.

“Didn’t his best friend just get shot in his head a month ago,” 6ix9ine wrote in the comments section of a post by DJ Akademiks. “He worried about billboards in Times Square….”

Elsewhere in Fivio’s sit down with Martinez, Fivio explained that he’s grateful for the support he’s been given from numerous veterans in the music industry, such as Meek Mill, Maino, Nicki Minaj and even Eve.

Check out Fivio’s interview with Martinez below.