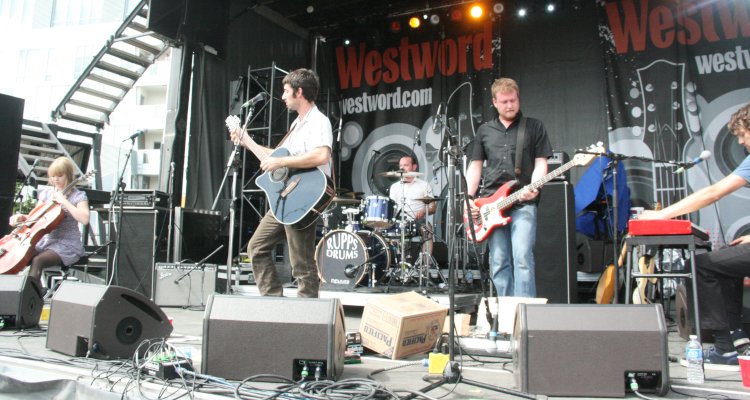 Exceleration Music just recently announced the purchase of Bloodshot Records, which “became a cornerstone of Chicago’s music scene” after debuting in 1994, according to the corresponding release. The 27-year-old indie label’s roster features acts such as The Bottle Rockets, Banditos, The Yawpers, Murder By Death, and The Mekons, to name some. But “recent years” have brought Bloodshot “more difficult times,” per Exceleration, which itself arrived on the scene in 2020.

Said difficult times have produced “irreconcilable differences between the founders and uncertainty for the artists on the label,” Exceleration’s announcement message proceeds, and the purchasing party intends to “assume full operational control of the label,” including by “working to ensure that all commitments to the Bloodshot artists are met.”

Additionally, Exceleration Music – which counts as team members former Concord CEO Glen Barros, former Merlin head Charles Caldas, and former ADA and Ingrooves higher-up Amy Dietz – “also plans to embark on a long-term campaign to revitalise the presence and availability of the Bloodshot catalogue both digitally and physically.” More broadly, the decades-old indie label is just the latest company that Exceleration has “invested in or partnered with,” as the entities in this group include Chicago’s Alligator Records and jazz label Candid Records.

Addressing his business’s Bloodshot purchase in a statement, Merlin executive chairman and Exceleration partner Dave Hansen said: “Bloodshot is a vitally important part of American music history, a genre-defining label founded on passion and vision, dedicated to bringing a unique set of artists from its musical orbit to the world. It represents exactly the kind of company that fits Exceleration’s founding ethos, which is to preserve and enhance the legacies of extraordinary independent companies and artists.

“We are honored to have the chance to work with the music from Bloodshot’s artists, to make sure the future interests of those artists are protected. We look forward to working to keep the Bloodshot history alive and relevant for many years to come,” finished the longtime Epitaph Records exec Hansen.

While Exceleration hasn’t yet shed light upon the details associated with its “long-term campaign” to revitalize Bloodshot’s catalog, it bears mentioning in conclusion that the company in late August of this year made several high-profile hires.

Earlier this month, Beggars Group revealed that its operating profit had grown in 2020 – notwithstanding a 20 percent year-over-year dip in new releases. And back in July, Warner Music Group’s Atlantic Records inked a partnership agreement with indie label vnclm_ (pronounced “vin•cu•lum”).