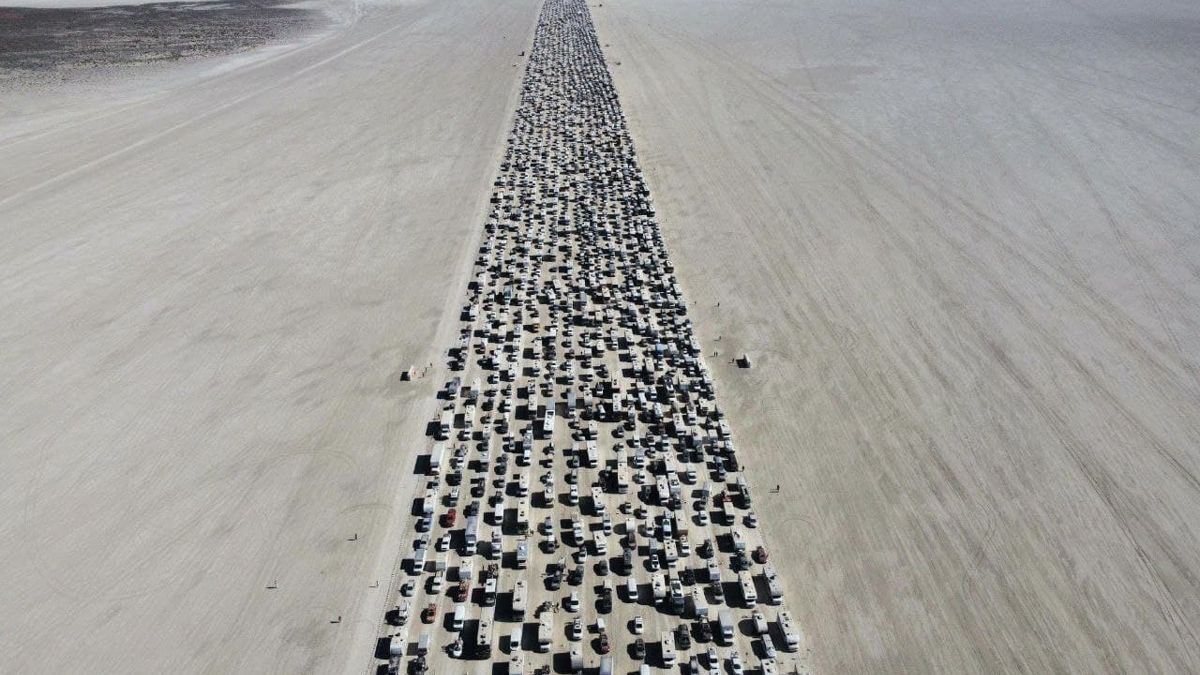 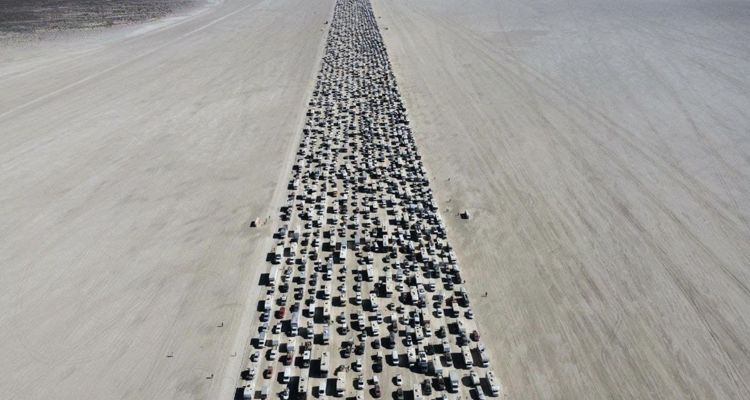 Burning Man has been postponed for three years since the COVID pandemic started. The festival for 2022 went off without a hitch if you don’t count the massive traffic jam caused by everyone trying to leave the Nevada desert at the same time. Several Twitter profiles cataloged attendees’ struggles to leave the festival location.

“Exodus wait time is currently around eight hours,” the official Burning Man Project’s Twitter reads. “If you are still in #BRC, wait to leave. If you are on Gate Road, turn off your vehicle to conserve gas, and be patient. Teams are working to keep the roads safe and get everyone home safely—gas up in Gerlach due to a fuel shortage in Empire.”

More than 80,000 people descended upon the Black Rock Desert in Gerlach, Nevada for the return of Burning Man.

“Consider delaying your departure until conditions improve,” the official Twitter advised attendees on Monday morning. “When we left at 8:38 pm last night, the estimate was six hours but half of our group took ten hours and the other half of our group took 12 hours to get to the gate. Definitely would love some improvement on the exit system + estimates + communication,” the attendee added.

Meanwhile, temperatures in the Nevada desert topped out at 105 degrees during the week. The official Burning Man traffic Twitter advised attendees to do vehicle maintenance to withstand the extreme heat. “Check your vehicle’s tires and air pressure after loading your vehicle. Local mechanic can inspect your radiator, tires, belts, brakes, hoses, lights, and fluids.”

The last official Burning Man festival took place in 2019 and drew a crowd of 80,000 people. In 2021 a group of revelers who missed the festival staged an impromptu gathering to honor it, with around 20,000 Burning Man groupies taking part.