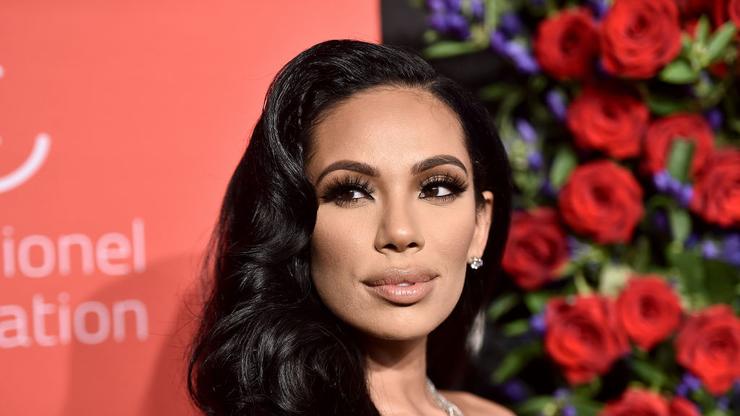 Erica Mena had a “divorce party” at the club this weekend.

Erica Mena is overjoyed to be divorced from Safaree, celebrating the end of their marriage this weekend during a club appearance.

The reality star was enjoying herself at the nightclub this weekend, when she took the microphone and announced that she was celebrating her divorce, which prompted a loud response by her fans.

“Ladies, can we say this together? Pray for him. Prayyyy for him! Okay, DJ, you can turn it up again. I’m officially fucking single! This is my divorce party!”

Erica was wearing an orange strappy dress, which showed off her body.

When the video was posted by The Shade Room, the reality star clapped back at her haters in the comments, saying, “Damn I can’t live!!! WTF the truth hurts for y’all not me. I speak on it no problem. Jump off.”

In recent months, Safaree Samuels and Erica Mena have been going off on social media about the end of their marriage. Erica has called her ex-husband a “deadbeat dad” while Safaree has denied those claims. Fans of the couple have been commenting on their split, which was heavily documented on Love & Hip Hop, showing their numerous fights, as well as Safaree storming out of his own baby shower.

What do you think of Erica hosting a divorce party?