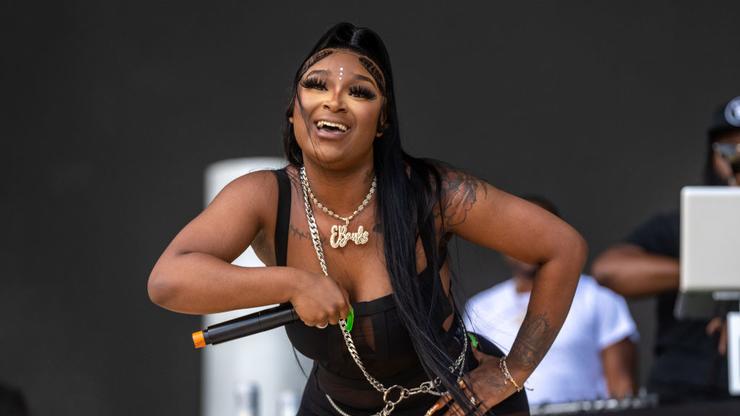 A woman shared a picture of her and Finesse in a hotel room.

Earlier this month, rappers Erica Banks and Finesse2Tymes sparked dating rumors. The two were seen boo’d up on Instagram shortly after Finesse signed a record deal with Moneybagg Yo. While their sudden relationship shocked social media users, their alleged breakup was even more appalling.

Recently, an image of the Memphis artist began circulating online. As a woman snapped a photo in the mirror, he stood shirtless in the background. She captioned the image, “If it ain’t [mob ties] then it’s f*ck ya,” which is a popular line from the rapper’s single, “Back End.”

As of now, neither Erica nor Finesse have spoken about the viral picture, but social media users quickly realized that the two no longer share images of each other on their pages. However, they still follow each other.

People showed no remorse towards Erica after her recent controversial comments. Earlier this week, the Texas native stated that her friends must fit in a certain category in order to go out with her in public. “Because the look of everything is so important to me. If she ain’t thick enough, no. Hair not did good enough? Nope. Can’t dress? Nope. Skinny? Nope! [laughs],” she said on her close friends.

After she began catching heat, she defended her statement by tweeting, “I love my skinny/smaller women with a passion. Let’s not get it misconstrued. However, when I go to the CLUB, I want thick bitches shaking ass everywhere! That’s my vibe.”