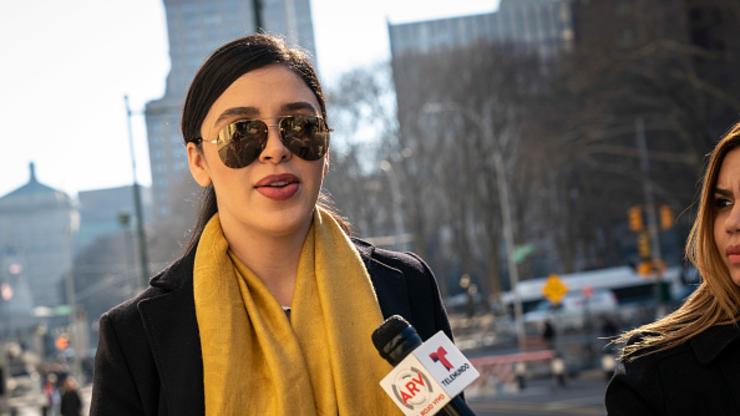 She’s expected to enter the plea as part of an agreement established with federal prosecutors.

Joaquín “El Chapo” Guzmán Loera has been behind bars in the United States since 2019 after being extradited and charged in connection with all the crimes he committed while running the Sinaloa drug cartel. Now, his wife Emma Coronel Aispuro, is expected to plead guilty to charges of helping aid her husband in running the enormous drug empire.

The New York Times reports that the US-born beauty queen will appear in front of a Federal District Court Judge in Washington this Thursday (June 10) to enter the guilty plea.

Aispuro is facing international drug trafficking charges for allegedly engaging in a conspiracy to distribute drugs like cocaine, methamphetamine, heroin, and marijuana in America. In addition, she’s accused of helping plot here El Chapo’s 2015 escape from a prison in Mexican, and helping plan a second one once he was recaptured in 2016. The publication further reports that a person close to the situation admits that the plea deal did not require her to flip on the allies, relatives nor business partners of her husband.

In return for pleading guilty to the charges, she will be marked as a “minimal participant” and thus receive a lighter sentence than the maximum of 10 years to life in prison for the original conspiracy charge.

Aispuro was arrested back in February on international drug trafficking charges at Virginia’s Dulles International Airport. Although her potential time behind bars has been significantly reduced, Aispuro is facing charges that carry a maximum life sentence.

Before her detainment, she had planned to be a reality TV star and launch an ‘El Chapo’ brand clothing line. Right now, it’s unclear whether or not she’ll join her husband at the highest-security prison in the country, the ADX federal prison, if she’s found guilty.