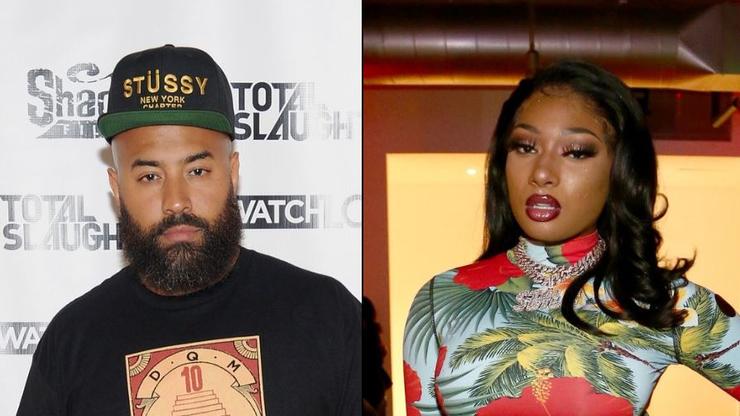 The shooting incident involving Megan Thee Stallion and Tory Lanez continues to be a hot topic in the hip hop world. Tory was arrested on a weapons charge after he and Megan were confronted by ficers in an exclusive area Los Angeles. The pair had been seen partying together with Kylie Jenner just days prior, so it was unclear how or why Megan Thee Stallion became a shooting victim. The Houston rapper was taken to a hospital where she underwent surgery to remove bullets from her foot, and since that time, she has used social media to defend herself against people who have joked about her frightening experience.

There have been a few people who have weighed in heavily on what happened that fateful evening, including No Jumper‘s Adam22 who claimed he had insider information about what led up to the shooting. He told his listeners that Megan was degrading Tory prior to the shooting, but there are only a handful people who know exactly what happened and they haven’t spoken openly about the incident.

Following Adam22’s comments, Ebro Darden took to Twitter to make it clear that he can’t stand behind the Canadian artist.”A man shot a woman. She was not armed. She was getting out the car,” Ebro wrote. “She says ‘I was the victim and this was intended to harm me..’ Why are ya’ll acting like we should consider other facts? Until I hear from Megan I can’t support Tory…”

Ebro added, “In what world do you even pull a gun on a woman in a bikini at 3AM?” A Twitter user tried to say that there was something “fishy” about the story and an “agenda” was being pushed, but Darden still wasn’t having it. “Huh? Did she get shot ?? Agenda?” Check out his tweets below.