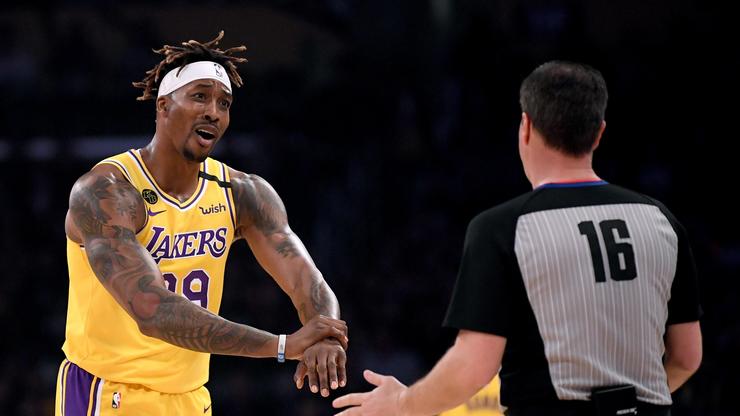 Dwight Howard was confused when a fan claimed he fell f back in 2012.

Dwight Howard has had an interesting career in the NBA filled with ups and downs. In the late 2000s, Howard was one the best players in the league and was downright dominant as a member the Orlando Magic. He led the team to an NBA Finals appearance although his team ended up losing at the hands the Los Angeles Lakers. In 2012, Howard joined the Lakers but his tenure didn’t last long as he started to hit a decline and for many, he ultimately fell f.

Now, Howard is in the middle a resurgence in his second stint with the Lakers. The star was on IG live recently where he was speaking with a fan who was asking some harmless questions. At one point, the fan asked what he did to recover from falling f in 2012. Howard had a very simple reply for the fan, saying “what fall?”

Eventually, Howard answered the question after the fan elaborated. The Lakers star said that he just had to learn how to block out all the negativity and just focus on his game. Clearly, that strategy has paid f because Howard is playing his basketball in years.

If the NBA season comes back, hopefully, we can see Howard do his thing during a deep Lakers run in the playfs.