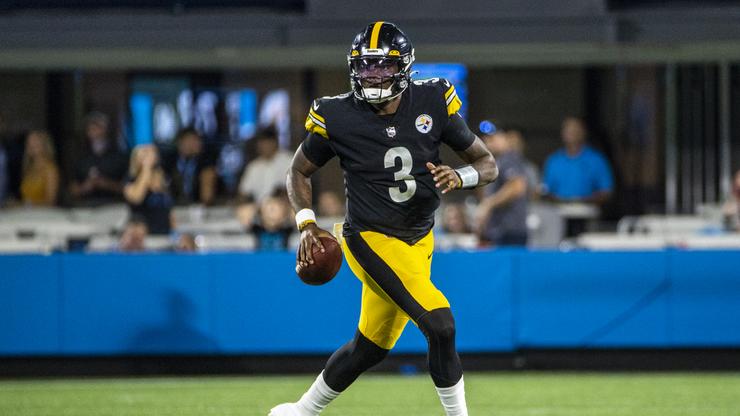 Fans have shown an outpouring of support towards the Haskins family.

Dwayne Haskins was tragically killed on Saturday as he was struck by a large truck near a highway. His passing was shocking to many in the football world, especially since he was only 24 years old, and had his whole life ahead of him. Over the past few days, Haskins’ family has received well wishes from a plethora of fans and players. Haskins has also been defended by his peers as some journalists have taken a few liberties with their reporting on the senseless tragedy.

Haskins’ wife Kalabrya has been mourning the death of her husband, although it is clear that she is touched by the outpouring of support. In fact, today, she released a statement detailing just how kind everyone has been over the last few days. She also offered some touching words about Dwayne and the impact he had on the world.

“My husband was more than a great football player,” Kalabrya said. “He had the smile of a rainbow that touched the diversity of so many. He will forever rest and remain in our hearts til the end of time. LOVE OF MY LIFE, FOREVER. REST IN THE BEAUTIFUL PLACE OF HEAVEN!”

There will be a funeral service for Haskins on Friday, April 22nd at the Allegheny Center Alliance Church in Pittsburgh. Our condolences go out to his family during this difficult time.