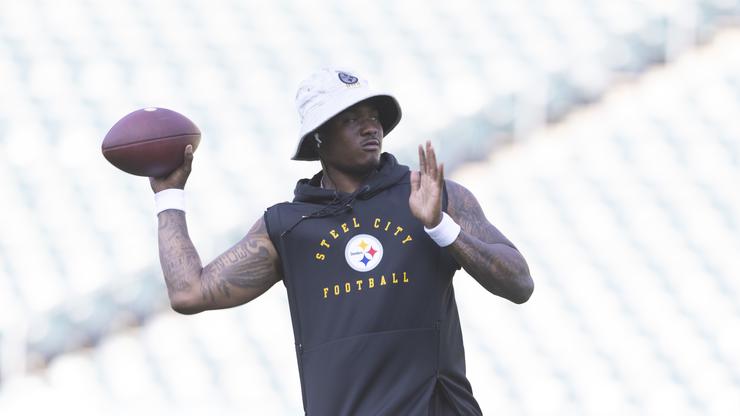 Dwayne Haskins’ wife explained the situation to authorities during a 911 call.

Dwayne Haskins tragically passed away a couple of weekends ago after being hit by a dump truck on the highway. Haskins had been walking along the highway and according to eye-witness reports, there was a lot of concern as to why he would be walking alongside speeding cars. For many, it was very confusing, but now, there seems to be some clarity on the situation.

According to TMZ, a 911 call from Haskins’ wife Kalabrya was obtained by journalist Andy Slater. Throughout the call, Kalabrya revealed that Dwayne had stopped along the highway to find some gas. However, it was taking him a very long time to reply, which led to her calling the police.

“He said he was going to call me back after he finished putting the gas in,” she says. I kept calling and kept calling. He wasn’t answering. Eventually, after 10 minutes of calling the phone, eventually it cut off. It’s not working now. I had his location. I just want somebody to go in the area and see if his car is there and if he’s OK and if anything happened to him.”

From there, the responder came back to Kalabrya and alerted her about an accident that took place in the area. A short time later, Kalabrya learned that it was her husband who had been struck.

For now, an investigation into the accident is still being conducted. Stay tuned to HNHH for more news and updates on this situation.