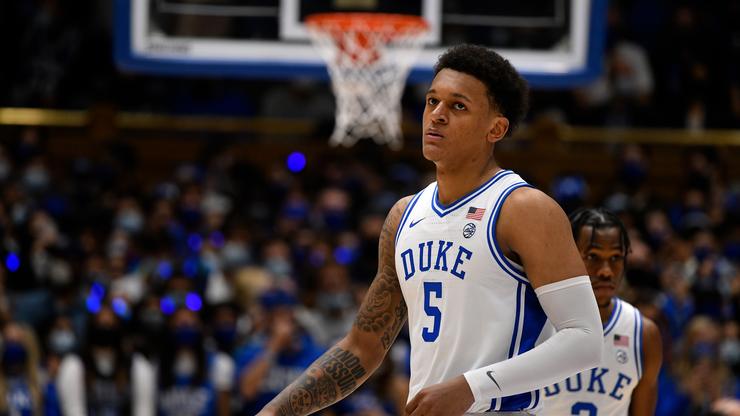 Banchero is projected to be a top 3 NBA Draft pick.

Duke men’s basketball was set to have a memorable season in 2021-22. After this weekend, however, it could be memorable for all the wrong reasons.

On Sunday morning (Nov. 14), Duke guard Michael Savarino was pulled over by police in Orange County, NC for a stop-sign violation. He was then suspected of being intoxicated, and blew .08 BAC into a breathalyzer. His passenger in the car was Duke freshman phenom forward Paolo Banchero, as both him and Savarino are under the age of 21.

Savarino, who happens to be the grandson of legendary Duke men’s basketball head coach Mike Krzyzewski, is facing charges for DWI, as well as with driving after consuming alcohol under the age of 21 and a stop sign violation-related count. Banchero was released by police at the scene, but is facing charges for aiding and abetting DWI.

In response to these charges, Mike Krzyzewski released a statement today (Nov. 16) saying: “We are reviewing a legal matter involving two members of the men’s basketball team. Any further actions as a result of this situation will ultimately be determined by the Vice President/Director of Athletics.”

This season is set to be Krzyzewski’s last year coaching, as he will retire at the end of the year. In his over 40-year career at Duke, Coach K has won five national championships and 15 ACC conference tournament championships.

Paolo Banchero was a five-star high school prospect, ranked No. 2 in his recruiting class. In Duke’s three games so far this season, he is leading the team in points (19.3 ppg) and rebounds (8.7 rpg). In their star-studded season opener against No. 10 ranked Kentucky, Banchero led Duke to a 79-71 win with 22 points and seven rebounds. He is currently expected to be drafted in the top 3 of the upcoming 2022 NBA Draft.

It is unknown whether or not Paolo and Savarino will face suspension, but hopefully this incident will not put a huge damper on Coach K’s going out party.