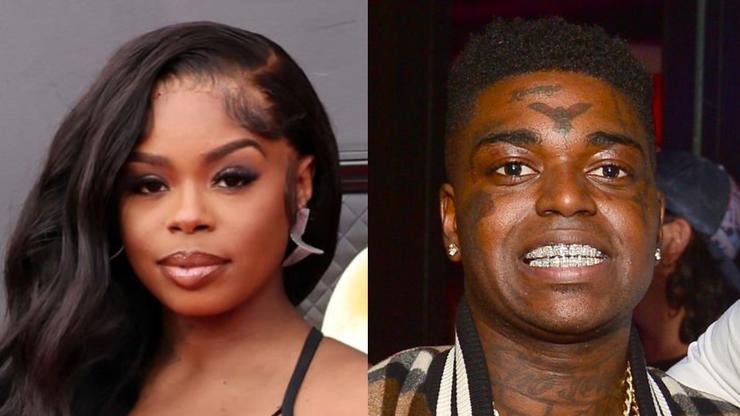 She collaborated years ago with Kodak and 6LACK on a Donald Trump diss track of sorts titled “Spar.”

We closed out last month by featuring Dreezy for our Ladies First series where the multi-hyphenate musician shared her love of writing and poetry. Dreezy has written for some of the best artists in the industry, even reportedly collaborating on a project with Hit-Boy, so when it comes to recognizing another artist’s pen game talents, she would know.

Earlier this month, HipHopDX chatted with Dreezy at an event, and the topic of her 2017 collaboration with 6LACK and Kodak Black happened to come up. On “Spar,” the trio of artists targeted former President Donald Trump and criticized his reign in the White House—yet, we know that just a few years later, Kodak would change his tune after Trump pardoned him.

In this most recent conversation, Dreezy praised Kodak’s pen and called the Florida icon a “real poet.”

“I was super surprised. I was happy that we even had Black men talking about real issues that’s going on in the world and with the presidency and stuff like that,” said Dreez. “But for Kodak to be so articulate and specific with what he was talking about, it’s like he had something on his chest. I love that. That means he’s a real poet and he’s smart.”

“A lot of people be trying to play him but we not just artists, we not just rappers,” she added. “Kodak is a good example of what’s going on right now. This a controversial song, but both of those guys on it, and then me being a female, we have three different point of views. We all have different crowds to speak to, so it was just a dope little collab.”

Revisit “Spar” below and let us know if you agree with Dreezy.