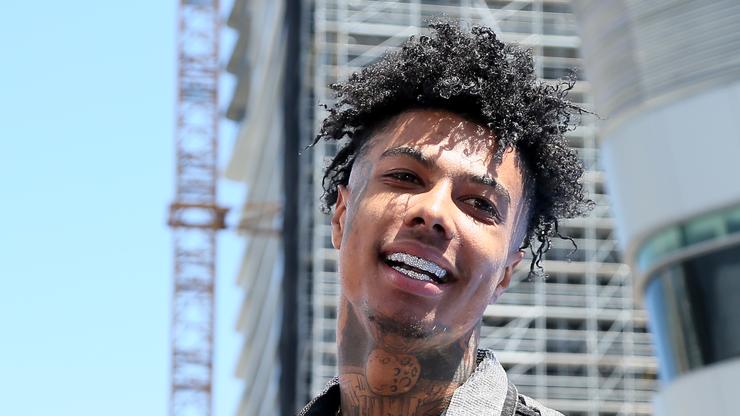 The rapper’s mother detailed why she doesn’t prioritize seeing her grandchildren. “They should be use to not having the daddies family involved.”

When she isn’t co-signing her son’s romance with Chrisean Rock, Blueface’s mother Karlissa Saffold is on social media speaking about her relationship with her grandchildren. At the moment, Blueface is expecting his second child with girlfriend Jaidyn Alexis, but he hasn’t made his romance with Chrisean a secret. Apparently, everyone involved is well aware of how Blueface moves, but his loved ones are often pelted with questions about his personal life. Karlissa hasn’t addressed the assumed polyamory this time around, but she has revealed why she doesn’t post photos with her grandkids.

According to Karlissa, if the mothers don’t bring them around, she’s not chasing after anyone.

“Y’all ain’t never seen me say happy birthday to none of my grandchildren on no damn IG, unless I’m with them at their birthday celebration,” she wrote. /yesterday, Jaidyn shared a photo of her son with Blueface at his birthday party. “My grandchildren are not on IG. If I’m not with them I’m not posting No fake ass happy birthday for y’all. Those are my GRANDCHILDREN not my children. If I don’t mess with the mommas and the daddies aren’t bringing them that’s their loss. On God Now stop asking me these weirdo questions.”

“They should be use to not having the daddies family involved it’s their selfish fake ass tradition [shrug emoji],” she added. “Not even bothered because I don’t do custody battles, God will Always bring mines home. You better ask about me.”

Karlissa added that she hasn’t “seen [her] granddaughter,” stating that “they had them kids with the oops they know where to find me.” The response has been heavy as people debate whether or not this is an appropriate, familial approach. Check out her post below.