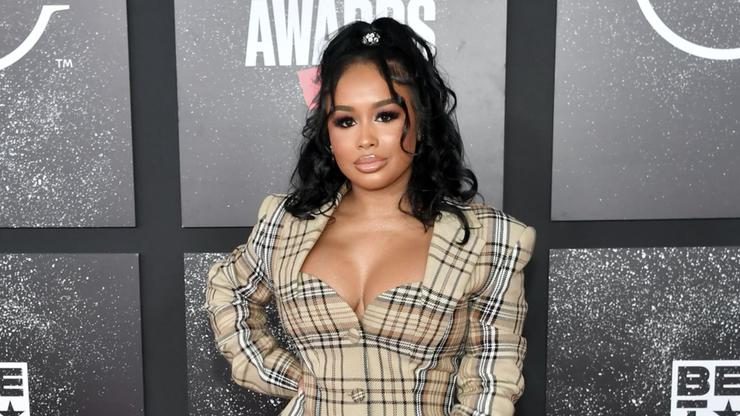 DreamDoll and the “Lip Service” hosts discussed their relationship preferences as bisexual women.

According to the ladies on Lip Service, dating a man is more appealing than dating a woman because of the fear factor. Last week, New York native DreamDoll appeared on the show, chopping it up with the hosts about what it’s like to navigate the world of romance as a bisexual woman.

“You would consider yourself bisexual, right?” one side of the room was asked by Angela Yee. The first woman immediately confirmed, then Stephanie Santiago reluctantly responded, “yeah, okay, Ang. Fine.”

A post shared by The Original DreamDoll ð§‍âï¸ (@dreamdoll)

The “Oh Shhh” rapper laughs and joins in on the discussion before Ang says, “but, you know what I’m saying, they also said that they wouldn’t be in a relationship [with a woman]” implying that the girls were only interested in having sex with other women, not pursuing romance.

We then cut to Santiago explaining, “I like a real manly man, you know?” She continued, “so I feel like, because men are scarier, you know, if I’m in a relationship with a woman and she does something disrespectful to me, I’m gonna…” before being interrupted by the 29-year-old recording artist, who chimed in with, “Imma smack the shit out of her, okay?”

Santiago breaks into a smile, responding, “yeah, exactly. See, but I won’t do that to a man. I won’t hit a man, I just can’t see it.” Another voice in the room added, “it’s balance.”