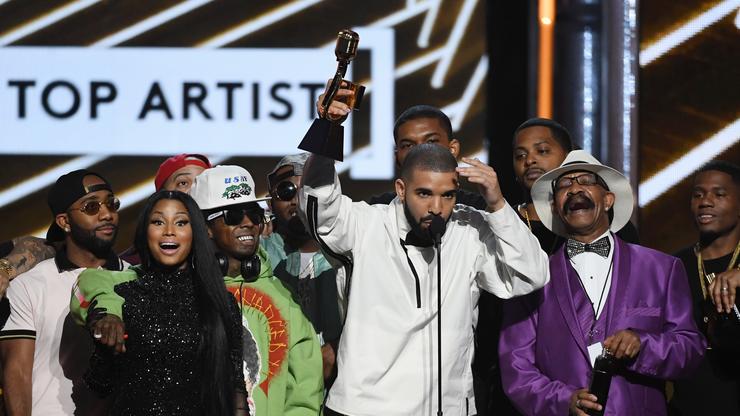 The “Certified Lover Boy” got in touch with his roots in the rap game.

When Lil Wayne enlisted Drake and Nicki Minaj to be the faces of Young Money back in the late 2000s/early 2010s, nobody expected that Wayne, already one of the biggest rappers in the game, would be responsible for giving us two more.

But that’s exactly what happened. Drake and Nicki took off and, along with their respective fanbases, have been dominating the charts and conversation ever since.

Never shy to pay their respects to the man to put them on, however, both rappers have always given Lil Wayne all the flowers he deserves and a couple nights ago, at Weezy’s 39th birthday party, Drake gave a toast to Tha Carter rapper and ensured him that he would do anything for the YMCMB head honcho.

And in an Instagram post commemorating the night, the Toronto rapper made one thing very clear — it’s Young Money until the very end.

Flicking up with Wayne, Young Money president Mack Maine, Gudda Gudda and the rest of their YM crew, Drake came with the all-caps caption, “YM FOREVER AND EVER.”

Although it’s been quite some time since we’ve seen Wayne, Drake, Nicki or anyone else rocking the block-letter YMCMB hoodies around or heard anybody repping the collective super hard in their music, there has been a steady flow of subtle nods to the Cash Money Records sub-label. From linking up on Weezy’s radio show, to Drizzy popping into Minaj’s IG Lives, to this summer’s “Seeing Green,” their first collective track in a minute that saw all three working in harmony like they were running the triangle offense.

There’s obviously the hope that, like with their Drake vs. Lil Wayne tour back in 2014, that at least a couple of YM artists could link back up for some sort of project in the future but, with Drake and Minaj achieving superstar status and building lives and careers of their own, it would be easier said than done.

We’ll keep our fingers crossed for a Young Money collective project but, in the meantime, let us know what you think of Drizzy’s birthday pic for Wayne and drop your favorite YM collab track in the comments.