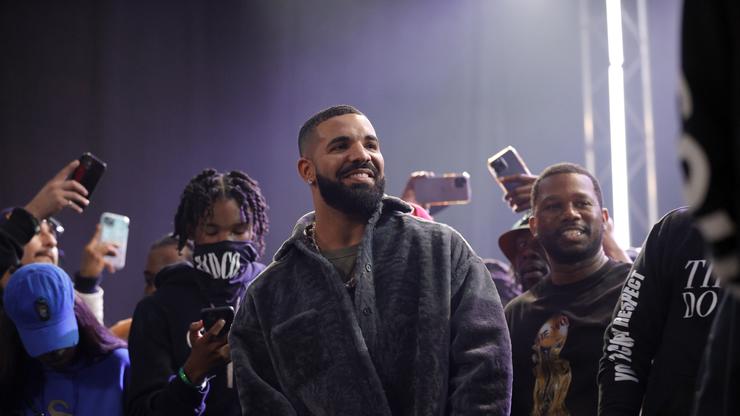 The stunning home is said to be worth $65 million.

Drake has a lot to celebrate this year. In the tail end of 2021, the rapper released his long-awaited studio album Certified Lover Boy to great acclaim, last week he turned 35 while surrounded by tons of his closest friends, and this weekend, he hosted his own Ultimate Rap League event, called “Til Death Do Us Part.” As if all of that isn’t enough, the “God’s Plan” hitmaker has another major flex to add to the list.

According to The New York Post, Drizzy has been renting a luxurious 18,000-square-foot Beverly Hills property worth an estimated $65 million for a reported $215,000 per month. The home’s design incorporates elements of nature with with immaculate architecture, and even includes a 150-year-old Mediterranean olive tree shipped all the way from Italy.

The article reveals that Champagne Papi’s rental has a whopping seven bedrooms and 14 bathrooms, as well as a glass bridge and jetliner views. The home’s great room is said to have been inspired by the “rhythmic keys of a piano” – perfect for a legendary musician.

Seeing as the monthly rent on the Beverly Hills home is so high, we were relieved to find out that sources shared that Drake only stayed in the home for a short period of time. Currently, he has his 50,000-square-foot mansion in Toronto and his Hidden Hills estate to worry about, which sounds like more than enough trouble.

The New York Post says that the property is currently off the market, and underwent a complete six-year rebuild recently, which is likely why it’s in such amazing shape.

You can see more pictures of the one-of-a-kind home at this link.