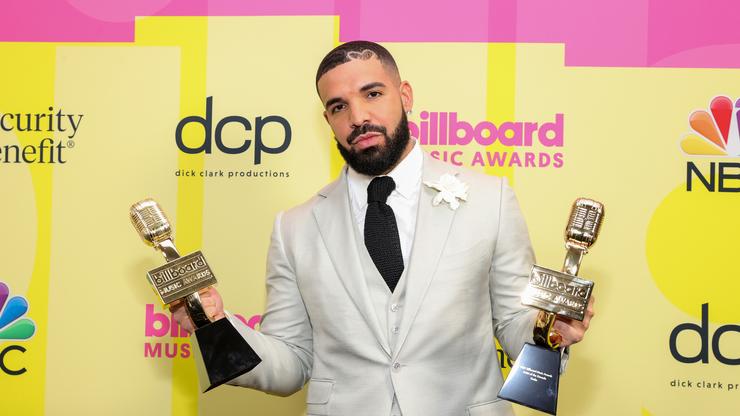 It’s been a rollercoaster of a weekend already. Kanye West, out of the blue, arrived with his 10th studio album DONDA which apparently dropped without his approval. It didn’t take long for Drake to start trending shortly after. A few conspiracy theories floated around claiming that Drake may have had some sort of role in the premature release of DONDA.

What might fuel this theory is the fact that approximately 24 hours after DONDA dropped, Drake made the announcement that his new album Certified Lover Boy would be dropping this Friday, as suggested by last week’s SportsCenter interruption. Though it seems like the ultimate power move, the cover art is just questionable. Following collaborations with Nike and Chrome Hearts, the rapper opted to include a grid of pregnant women emojis of various skin tones.

Not exactly what we expected for Drake’s sixth studio album, but it appears to be what he’s going with. Elliott Wilson confirmed on social media that this was, in fact, the album artwork for Certified Lover Boy. Naturally, fans were confused by the cover but others began breaking down the theories and meaning behind it. Some said that because the album was initially due out in Jan. 2021, and Sept. 3rd release date arrives nine months later, the array of pregnant emoji women represents that the album is “late” and will finally drop on Labor Day weekend.

Otherwise, Nick Cannon began trending immediately afterward since he’s pretty much an embodiment of what a Certified Lover Boy is.

Check a few reactions below and let us know your thoughts on the CLB cover.