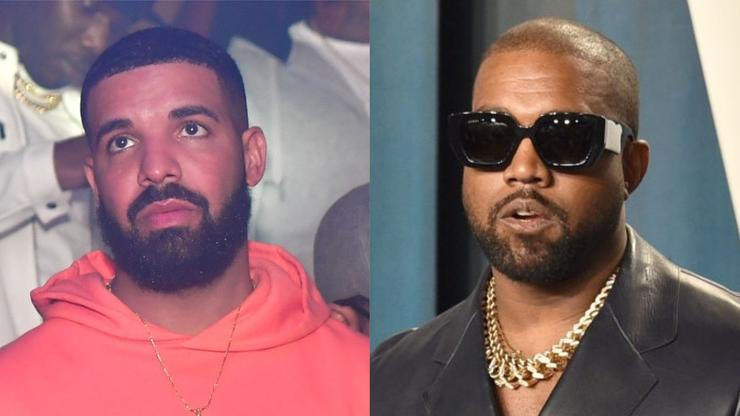 Fans are speculating that Drake is throwing shots at Kanye West on “7AM On Bridle Path.”

According to the latest reports, Kanye West was apparently willing to drop his feud against Drake under one condition — that there are no disrespectful comments about him on Certified Lover Boy. After listening to “7AM On Bridle Path,” it’s clear that this war will last a whole lot longer because fans are under the impression that much of the song can be directed at Ye.

Following the release of Kanye’s tenth studio album DONDA last weekend, Drake announced that he would be coming through with a project of his own, finally sharing the release date for his sixth studio album Certified Lover Boy. Before DONDA‘s release, there were rumors that Kanye might want to go head-to-head against Drake to see who would best the other in first-week sales. While that didn’t happen, Kanye and Drake are still fighting for the public’s attention. A few weeks ago, Ye came at Drake for dissing him on Trippie Redd’s song “Betrayal,” leaking his Toronto home address on Instagram, despite his address already being public knowledge for locals. Now, on the new song “7AM On Bridle Path,” which is a direct reference to his lavish neighborhood, Drake appears to be firing back at Kanye.

In his lyrics, Drake references somebody who is “in denial” and hasn’t been “comin’ correct” for a long time. He also makes a reference to Justin LaBoy, who was one of the people giving out information about Ye’s new album on social media.

“You over there in denial, we not neck and neck/It’s been a lot of years since we seen you comin’ correct,” raps Drake on the record. “Man, fuck a ‘Respectfully,’ I just want my respect/They tried to label me mean, I say what I mean/People that could’ve stayed on the team/They played in between.”

Then, Drake seems to respond to Kanye posting his address.

“Give that address to your driver, make it your destination/Instead of just a post out of desperation,” he raps, taunting Ye. “This me reachin’ the deepest state of my meditation/Why you over there tryna impress the nation? Minds runnin’ wild with the speculation.”

Listen to the full song below and let us know what you think. Is this one for Kanye?