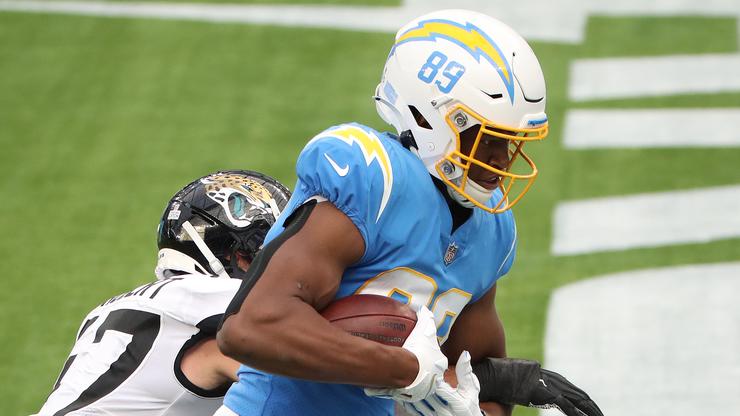 Donald Parham Jr. was carted off the field last night after an incredibly scary fall.

Donald Parham Jr. of the Los Angeles Chargers received the support of the entire football community last night as he went down with a horrific injury against the Kansas City Chiefs. While going for a touchdown, Parham went to the ground while catching the ball and it led to an awkward moment in which his head hit the turf. Once his head snapped up, it was clear that he was unconscious, and it was made even worse as his hands began to tremble.

Parham was eventually secured on a stretcher, however, his hands and arms continued to shake, which had fans scared that he might be in very bad shape. As you can imagine, he was taken to the hospital, where they did imaging on his head to see what kind of injury he had sustained.

According to Yahoo! Sports, it has been confirmed that Parham Jr. is suffering from a concussion. The Chargers are saying that the tight end stayed overnight at the hospital although today, he is doing quite well and is currently in the midst of resting comfortably. This is the best possible outcome considering what happened last night.

Parham’s condition is a developing story, so stay tuned to HNHH for all of the latest details and updates.