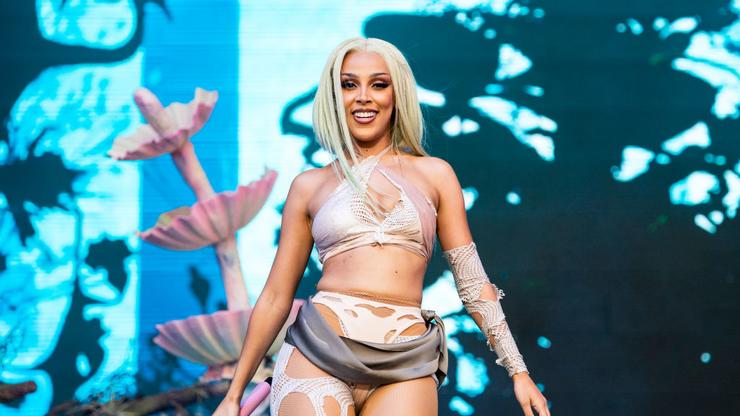 Doja Cat says she doesn’t have any time to just chill, complaining about being “run down” and overworked.

Doja Cat is one of the biggest artists in the world right now, and she’s surely feeling the effects of her busy schedule. Between photo and video shoots, interviews, studio time, rehearsals, performances, and other commitments, the 25-year-old pop star doesn’t feel like she has a lot of time for herself. She took to Twitter on Wednesday night to vent to her fans, revealing that she’s feeling burned out because of her packed calendar.

In a series of since-deleted tweets, Doja complained about being overworked, saying:

“I’m just tired and i don’t want to do anything. I’m not happy. I’m done saying yes to motherfuckers cuz I can’t even have a week to just chill. I’m never not working. I’m fucking tired. Alex is getting old he’s 68 years old and i can’t even be there for him. i wanna be alone.

its not anybody else’s fault but mine anyway i just keep agreeing to shit i dont wanna do in the future. its my own dumb ass fault. and then I’m too tired to put any effort into this shit cuz I’m so run down from everything else.”

When somebody responded to Doja by telling her to cancel her next concert to take a well-deserved break, she responded, “I have to [perform].”

It sounds like Doja Cat could use a vacation. Where do you think she should go to refresh and get inspired? Check out her posts below.