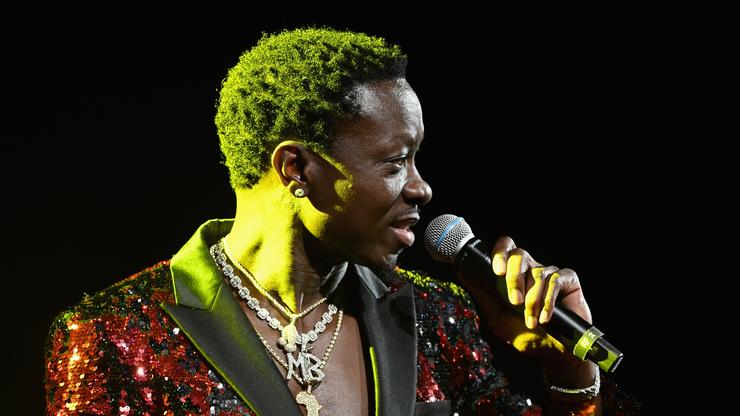 Blackson tweeted that Chappelle did not help the rapper at all.

Since signing a multi-special deal with Netflix back in 2016, Dave Chappelle’s stand-up comedy has transformed into a sort-of lecture series in which Chappelle ponders over a handful of hot-button issues and shares his feelings on the matters. The jokes and Chappelle’s ability to spin webs interconnecting a ton of different thoughts and ideas is still there, but the information comes from a place of seeming enlightenment, as if the comedy icon can see another side of every story.

That transformation has landed Chappelle in some hot water. Since releasing his first two Netflix specials in 2017, Chappelle has come under fire for his commentary on multiple communities, including his favorite target, transgender people. Lamenting about “cancel culture” and its supposedly horrendous effects on society, it sometimes feels as if Chappelle goes down certain paths just to show he operates outside of the “cancel culture” environment

In his latest special The Closer, Chappelle attempted to come to the defense of DaBaby, who was “cancelled,” dropped from multiple festivals across the country and basically shunned by a huge sector of internet commenters. Explaining that more people are upset about DaBaby‘s homophobic rant at Rolling Loud than they are at the fact DaBaby shot and killed somebody in a Wal-Mart, Chappelle pointed out how backward that seems. To him, it didn’t make sense that homophobic comments caused more of a reaction than taking a life and Chappelle spun it into a defense of the “Suge” rapper.

Taking to Twitter, Blackson wrote that he thought Chappelle was digging up DaBaby’s past for no reason.

Continuing on to explain that the “The LGBT did not know he killed anyone, now they hate him even more lol,” and assured the “LGBT it was self defense,” Blackson was not tweeting in defense of those targeted by DaBaby’s homophobic rant, but rather in defense of the rapper and obviously thought Chappelle was putting DaBaby in an even worse spot.

What do you think of Chappelle’s commentary on DaBaby? Is Blackson right to say Chappelle snitched on the “ROCKSTAR” rapper? Let us know in the comments.