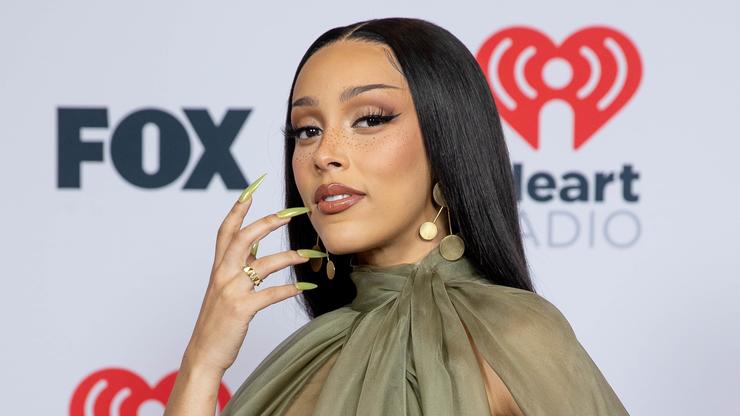 The “Planet Her” artist loved the feature but lamented over one picture that she is sure will turn her into a meme.

Her sit down with Interview magazine was released earlier today (August 24), but Doja Cat wasn’t too fond of all of the images they used for her feature. As she prepares for her MTV Video Music Awards performance next month, Doja caught up with Missy Elliott and the pair of innovating artists chatted for the Planet Her artist‘s Interview inclusion.

Inside, Doja detailed her path to stardom while Missy empathized, often delivering encouraging messages and advice that she has learned and held close throughout the entirety of her career.

“When it comes to rap, I could be better. I think everybody feels that way with their own art, in all kinds of ways,” said Doja. “But I see all these incredibly talented rappers around me, and I’m like, ‘Yeah, I’m doing pop, but I should focus on my pen now more than ever.’ I’m good, and I can be funny and charming, and I can do little punchlines here and there, but I need to talk about my life more, and about what’s going on.”

Elliott replied, “That’s growth, because of course you don’t want to change so much, but then you do have to start tapping into other subjects. ‘I’m still going to be Doja Cat, but I want to show that there are layers.’ Because you do a lot of Instagram Lives, and you seem super comfortable, but you have a personal side that nobody really knows.”

Following the interview’s release, Doja took to Twitter to vocalize her distaste for one of the images the magazine decided to use. “I wonder why magazines don’t allow the people they shot to approve pictures I don’t think I’ll ever get used to this and i’m low key done doing mag shoots cuz,” she wrote alongside the photo in question.

She added, “Everything else was incredible and I’m obsessed but that one picture is taking me the f*ck out. Add it to the meme gallery.” Check it out below and let us know if you think Doja should be upset about the image.