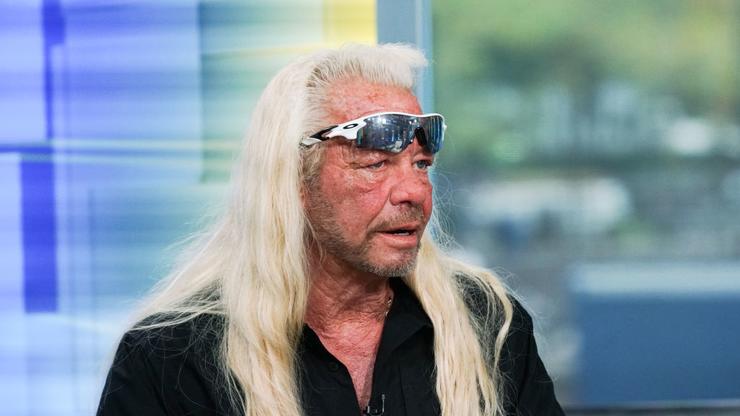 Dog The Bounty Hunter name-drops Eminem as he explains why he used the n-word so frequently.

Television personality Dog The Bounty Hunter, real name Duane Chapman, has been accused of racism and homophobia on several occasions. Most notably, a phone call was leaked a few years ago, which included Chapman using the n-word a few times. His own daughter has also alleged that Dog is homophobic.

During a recent interview with Kevin Frazier on Entertainment Tonight, Chapman denied all of the accusations, using Eminem as an example as to why he used the n-word so frequently.

“I have never been a racist,” said Dog during the interview. “I’m 33-and-a-half percent Apache. But because of, over 15 years ago, I have an Achilles heel because I used the wrong word.”

Dog says that after he got out of prison, he was under the impression that “the brothers” of the “Black tribe” gave him “a pass” to say the hurtful slur.

“I thought I had a pass in the Black tribe to use it, kinda like Eminem,” said Chapman. “I had just gotten out of prison in 1979 after spending 18 months in Texas and it was probably three quarters from the Black tribe, so that was a word that we used back and forth as maybe a compliment. My pass expired for using it but no one told me that. To say a racist name doesn’t qualify to make you a racist.”

Frazier pushed back and said that proximity to Black people does not discount somebody’s racism and that if they use that word, they are racist.

“I have more Black friends than Eminem,” said Dog, which prompted even more pushback from Frazier. “Would I die for a gay man or a Black man? I’d lay down my life!”

The Eminem example surely stems from a leaked audio clip from an unreleased song decades ago, which features Eminem rapping the n-word.

Listen to Dog’s interview below.