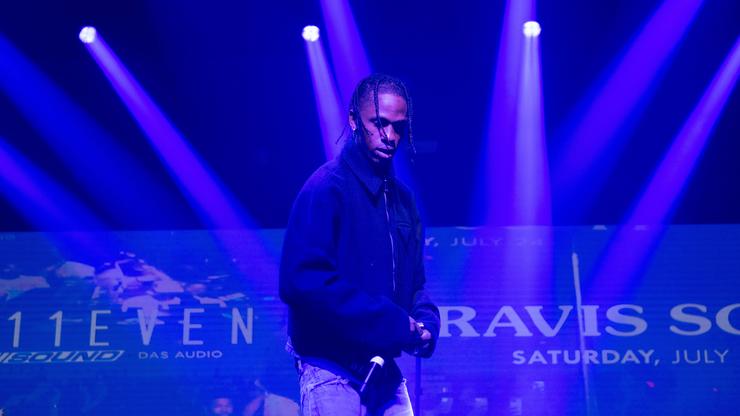 Travis Scott has been hard at work as of late.

Travis Scott has become one of the biggest influences in the sneaker world over the past few years, and it is all thanks to his work with Nike and Jordan Brand. After delivering some Air Force 1 Low collabs to the world in 2017, Travis went over to Jumpman and created the Air Jordan 4 “Cactus Jack” which was an instant classic. Since then, he has released a plethora of other Nike collabs on models such as the Air Jordan 1, Air Jordan 6, and even the Nike SB Dunk Low.

Following the release of the Fragment x Travis Scott x Air Jordan 1 High, fans have been waiting to see what Travis would bring out next, and it looks like we may have a bit of a hint thanks to the Instagram account @ovrnundr.io.

In the Instagram post below, you can see Travis sporting what appears to be a Nike Air Trainer 1 Mid with a backward swoosh on the sides. If you’ve been following Travis for some time, you would know that the backward swoosh has effectively become his signature look. With this in mind, it should come as no surprise that Travis would be sporting new kicks with this unique aesthetic.

The existence of the shoe suggests that this could very well be one of Travis’ next collaborations, although there is no word yet on whether or not this is simply just a random sample.

Keep it locked to HNHH as we will be sure to bring you all of the latest updates from the sneaker world.