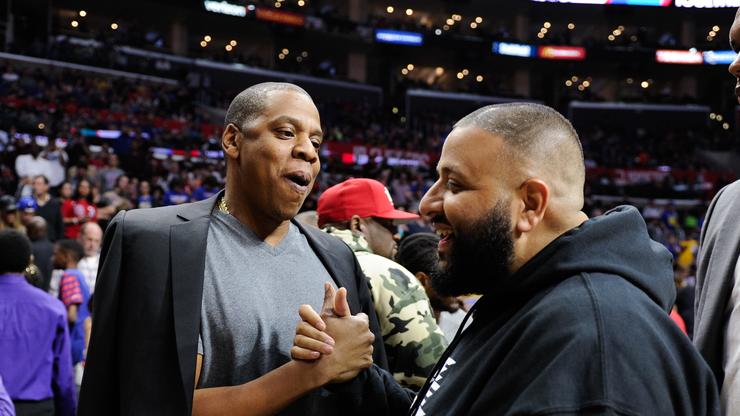 “We became brothers and our friendship became stronger and stronger,” said the megaproducer.

It has been all Khaled everything in recent weeks thanks to DJ Khaled‘s recently released No. 1 album, God Did. As usual, the rollout for the record came in like a thunderstorm as the Florida-based hitmaker is known for pulling the best of the best together for his star-studded records, and God Did wasn’t any different. Khaled piled on one heavy hitter after another, including Jay-Z, whose verse was one of the most praised Hip Hop bars of the year.

During his feature with GQ that was released today (September 2), DJ Khaled explained his ongoing personal and professional relationship with Hov. “My relationships are more important to me than making a song,” he told the publication. “Making sure that everybody is happy is most important to me because music is a celebration. When you give it to the world, it’s a celebration in so many ways. Even when it’s pain.”

“I was blessed to watch him record a lot of Magna Carta. Shout to [Roc Nation SVP] Lenny S. and Jay for always letting me be in the studio with them,” said Khaled. “Not just getting a chance to see him work—we became brothers and our friendship became stronger and stronger… It took me a long time [to get his verse]. It wasn’t like he didn’t want to do it. It’s just, Jay-Z is busy with so many different things. And at that time he was extra busy.”

The producer recognized that Jay respects him as a creative and has always supported Khaled’s efforts.

“[Jay saw] I was born into this sh*t and [my love] is pure. You have to love it to put together a body of work like [God Did]. I can’t speak for him, but for my situation, I can say… [our relationship is] about two winners. We’re both great at what we do.”’

Make sure to check out our article: DJ Khaled “God Did” Review.