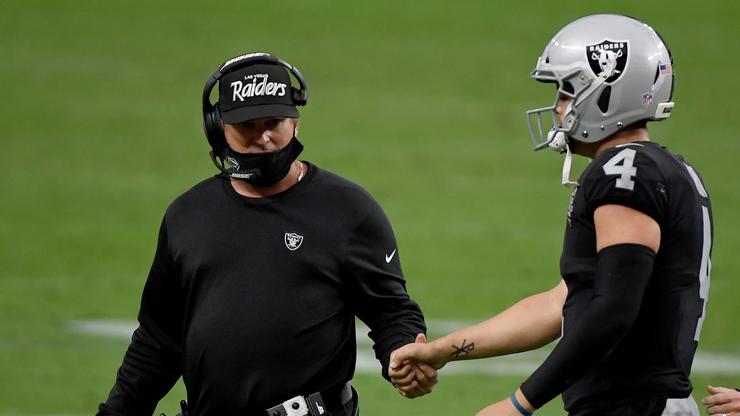 Derek Carr and the Raiders are standing behind Jon Gruden.

This past week, Jon Gruden was exposed in a new article from the Wall Street Journal, where it was revealed that he sent a racist e-mail about DeMaurice Smith to the former general manager of the Washington Football Team. Smith is the executive director of the NFLPA and at the time, he was negotiating the lockout. Gruden didn’t like how he was going about it, and it led to some unfortunate sentiments that perpetuate negative stereotypes.

Since that time, Gruden has been trying to apologize for his actions that took place 10 years ago. In a new report, Raiders quarterback Derek Carr spoke about the Gruden situation, noting that the whole team stands behind him. Carr also revealed that Gruden had a meeting with the team, where he taught them a valuable lesson about life.

For now, it appears as though Gruden’s job with the team remains safe. While many are still upset with the head coach, it seems as though he is willing to put in the work to redeem himself.

Stay tuned to HNHH for the latest news and updates from the NFL world.